On Monday, Kevin Tynan, a former Chairman sent the following email to Broward Republicans. Tynan, an attorney, served as a Broward County School Board Member. Tynan is widely-respected by the Florida Bar for his fairness, reasoned arguments and legal acumen. He has been a legal advisor to many BREC Chairs, including Robert Sutton.

Tynan has played a significant role investigating the criminal history of BREC Secretary Rupert Tarsey. Last month, Tarsey made international headlines when news broke of his 2007 arrest on attempted first degree murder and aggravated assault with a deadly weapon charges.

We are at a significant cross road in the political viability of our local party. There are elements within our local party that have undermined our existing chairman at every opportunity in order to seize control of the party for their own self-aggrandizement and personal political gain. I have been in the background of attempts to resolve this disharmony but in the last two months things have arisen to a crescendo of conflicting claims, motions and grievances filed with the Republican Party of Florida, with the only goal of the malcontents to overturn the election of Bob Sutton as Chairman and eventually, our Vice Chairman, Celeste Ellich.

There is a cancer in our local party that began several years ago. In my view, as well as many others, the root of this cancer is our state committeeman, who has been joined in this malicious endeavor by our current, Secretary Rupert Tarsey. Both of these individuals have no scruples, have intimidated and threatened anyone that stands in their way and this intimidation will continue until they are drummed out of the party.

Much has been written about Rupert Tarsey’s hidden criminal past. I have read all of the available documentation and can state without any hesitation that this is a person that I do not care to associate with and I believe you will agree. When he was a few months short of his 18th birthday, Tarsey, in a premeditated fashion and without provocation, took a hammer and beat a female classmate with a hammer 48 times; striking her on her head, body and legs. The blows to her head could have killed her and the blows to her legs put her in a wheelchair for a time. From recent news stories, I understand that she still walks with a limp and carries emotional scars from this heinous event. Tarsey was initially charged with attempted homicide and two counts of assault with a deadly weapon. His wealthy family hired multiple lawyers, got Tarsey to seek significant mental health treatment (he was in a guardianship proceeding from shortly after the event through the time frame just before his election as Secretary) and his lawyers were able to get the charges reduced to one count of assault with a deadly weapon. Tarsey plead to this crime which at the time of sentencing and conviction was a felony. He served six years of felony probation. Pursuant to California law (this would never happen in Florida) he was able to get his conviction reduced to a misdemeanor once he completed probation. There is clear documentation to support all of the foregoing. This is a serious matter and any claim by Tarsey that his actions were in self-defense, are false.

When Chairman Sutton was first informed of these events he took safe and prudent action after consultation with several lawyers, myself included. We did not have the paperwork, finally given to us, by Tarsey’s lawyer; weeks after this matter blew up. We have never seen the orders from the guardianship to ensure that at the time that Tarsey registered to vote in 2016 that he had not lost that right in a guardianship. Chairman Sutton did the best he could under very difficult and unique circumstances to protect the membership and our reputation. If you have read any of the news articles about Tarsey and our affiliation with him it is evident that he is an embarrassment and a liability. This issue will be addressed at the first opportunity and is already the subject of a grievance filed by Chairman Sutton with RPOF. Additionally, the conduct of the co-conspirators of this purposeful campaign of discontent will also be addressed.

My goal in providing this information was to set the record straight on the rumors about Tarsey’s criminal background and hopefully to disabuse you of the notion that he can be trusted. His number one champion is our state committeeman, who likewise has a history of actions that put Machiavelli to shame. Interestingly, the latest motion to remove Chairman Sutton was filed by a brand new member of the committee (sworn in at the last meeting) who has lived in Broward County for a year and a half. His issues are outside of his own personal knowledge and he is being used as a pawn by Tarsey and our state committeeman (just like they used Joe Kaufman and others). Several of the people who were tricked into signing the petition to remove Bob Sutton have withdrawn their support of Tarsey’s plan of removal.

Business takes me to Tampa on Tuesday for four days and I will not be in attendance on Wednesday night to voice my opinions in person. I urge you to attend the meeting this Monday and vote to keep Bob Sutton as chairman.

I thank you from the bottom of my heart. As a former chairman of the party, my disgust for what has occurred is significant and there must be a remedy to correct this divisiveness – it starts with keeping Bob Sutton as Chairman. 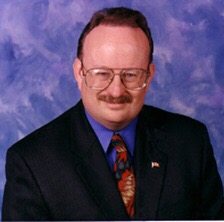