According to public databases, Regina Martin was awarded a $20,000 PPP loan on July 16, 2020. Martin’s loan was coded as “Insurance Agencies and Brokerages (Self-Employed Individuals).” Records show the funds were not disbursed.

State records do not show Regina Martin as a licensed insurance broker.

On February 18, 2021, Regina Martin was awarded a $20,000 PPP loan for her “Tax Preparation Services….Existing or more than 2 years old” business. This loan was disbursed to Martin.

For both loans, Regina Martin used apartment on Ann Lee Lane in Tamarac.

Campaign records and even a police report show this same address is the residence of Marlon Bolton.

Regina Martin joined the North Lauderdale City Commission on November 18, 2020. Why was she using Marlon Bolton’s address in February 2021?

Did Regina Martin live on Ann Lee Lane? Did she live with Marlon Bolton and his wife at that address?

REDBROWARD asked Regina Martin for comment. The number listed for Martin on the City of North Lauderdale is the City Clerk’s telephone number. Ms. Martin has not responded to our email. 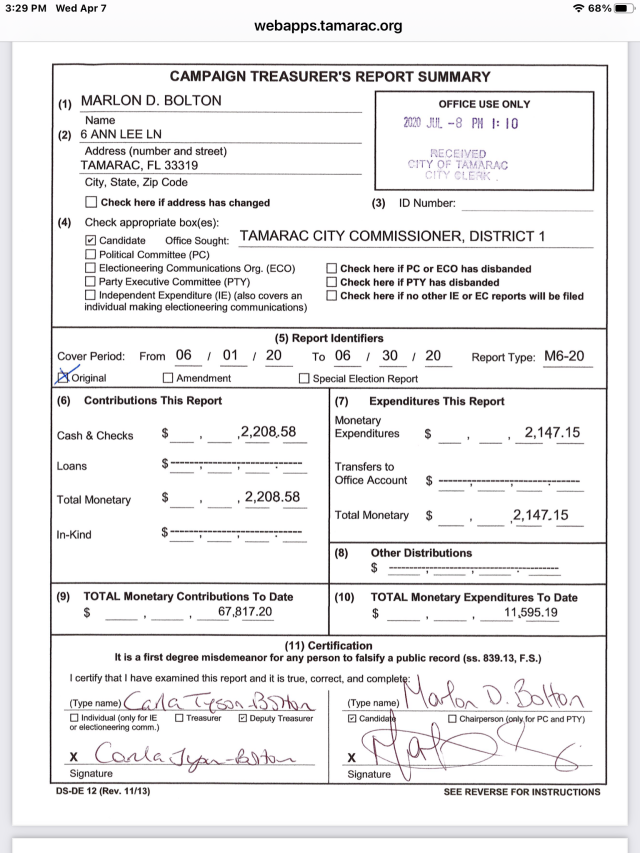 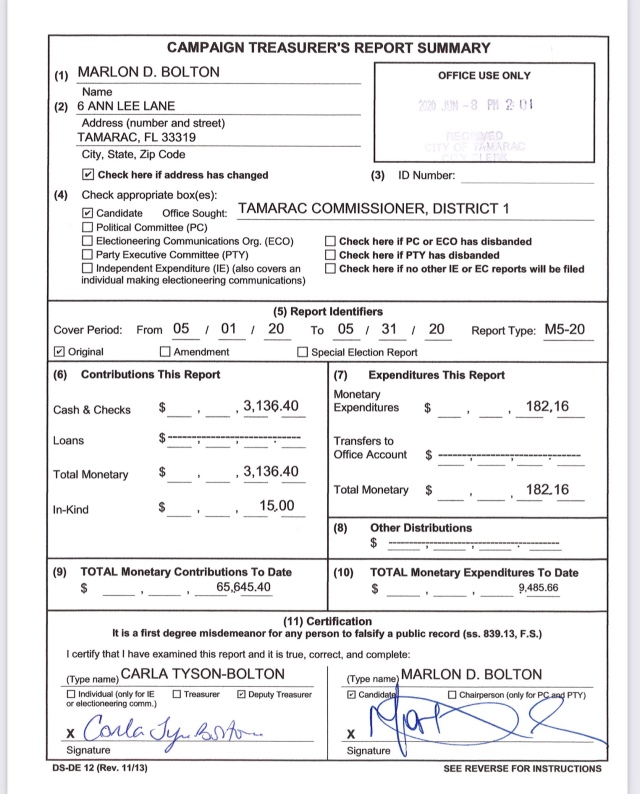 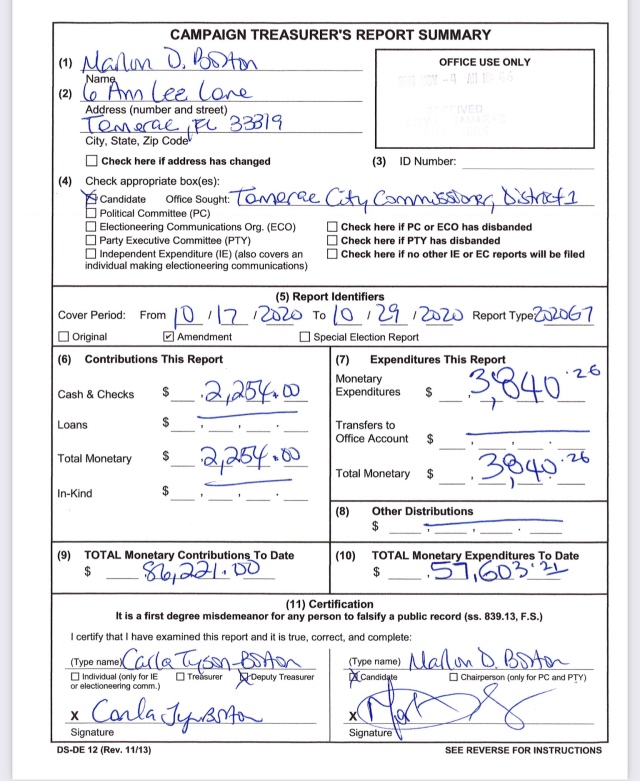 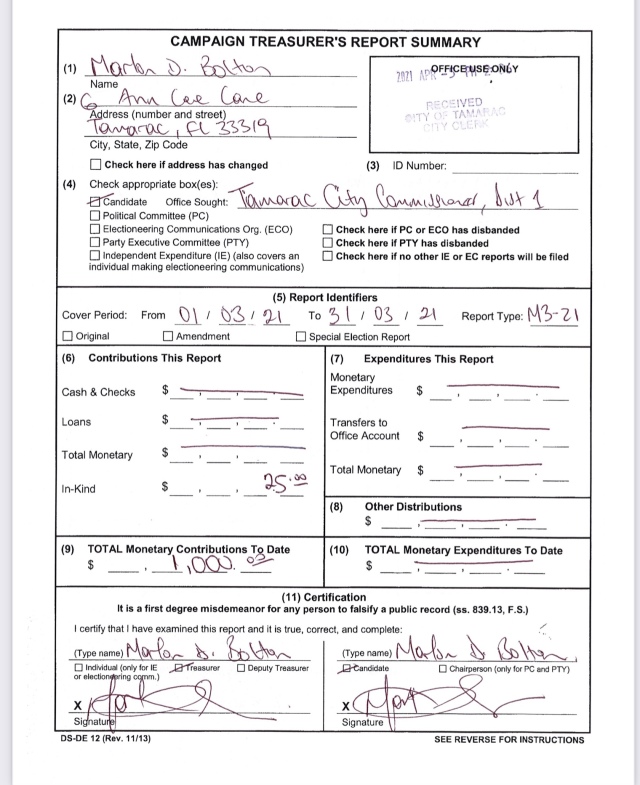