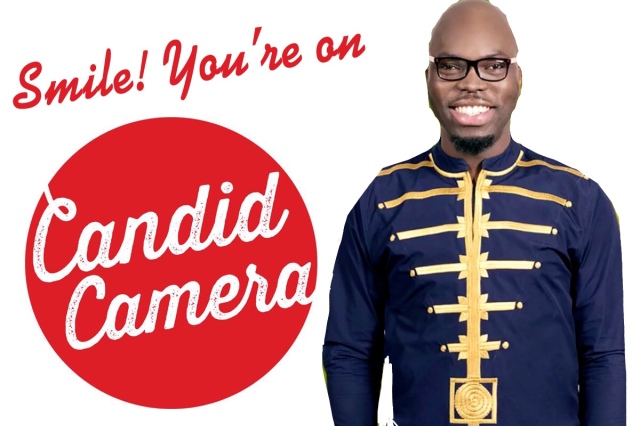 Carla Bolton said she points the cameras at the ceiling when she is inside the home.

According to the BSO report, Carla Bolton “stated on the listed date and time, Marlon became upset that she moved the cameras and verbally threatened her that if she touches the cameras again he would kick her out of the residence. She advised nothing physical happened.”

Deputies eased Mrs. Bolton’s fears of getting kicked out. They told her it was not possible without a court hearing the matter. Carla Bolton told deputies Marlon Bolton had “begun the process for a divorce, and that they both go to mediation in February of 2021.”

No charges were filed. There were no allegations of any physical violence.

Why was Marlon Bolton so upset about surveillance cameras at 9:30AM?

And this was not Marlon Bolton’s first run in with the law. More to come…. 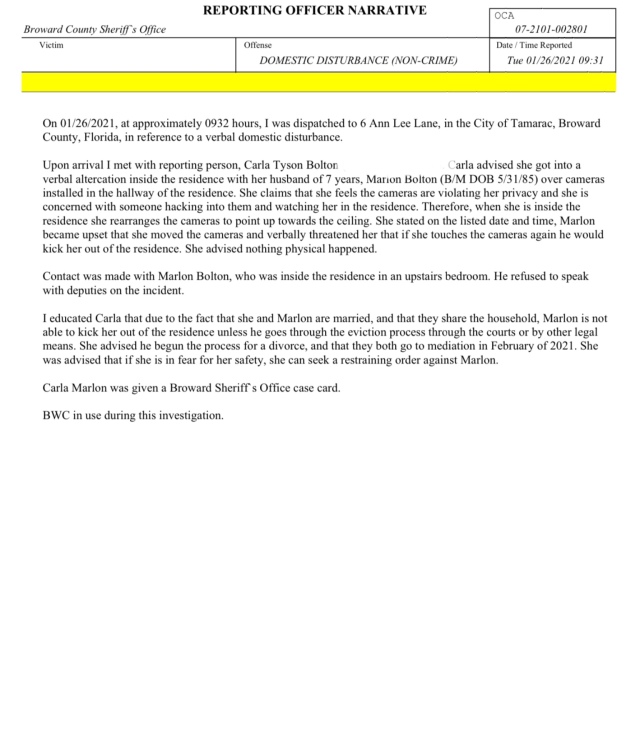