Local attorney Jason Allen-Rosner wanted to be a judge. Throughout 2018, Allen-Rosner visited numerous local groups including the Broward Republican Executive Committee (BREC). In the crowded August primary for the Circuit Court Group 38 seat, the BREC Board endorsed Stefanie Camille Moon over Melissa Donoho, Linda Leali and Jason Allen-Rosner. Since Moon and Rosner received the most votes, the two lawyers would face off in the November 2018 general election.

But something changed between August and November. When the BREC Board voted on endorsements for the November election, the group decided to endorse Stefanie Camille Moon and Jason Allen-Rosner. The official BREC endorsement card simply stated both candidates were qualified. Wasn’t Allen-Rosner qualified in August? Why didn’t the lawyer-dominated BREC Board (Chairman George Moraitis, Treasurer Kevin Moot and State Committeeman Richard DeNapoli are lawyers) endorse Jason Allen-Rosner in the primary?

Does it have anything to do with an October 7, 2018 in-kind contribution for $1,275.96 Allen-Rosner listed on his campaign financial report?

Who Are The Broward “Praetorian” Guard?

On November 26, 2018 the Shark Tank website reported an official grievance was filed with the Republican Party Of Florida (RPOF). According to the report, “The grievance alleges that these three individuals broke ‘for violations of the Loyalty Oaths and for conduct that is conflict with their role as a BREC member/office’ by selling Republicans lists (most likely to include the BREC membership list) to Democrats.” While the Shark Tank redacted the names in the grievance, it appears as though it was filed against State Committeeman Richard DeNapoli, Former Party Secretary Rupert Tarsey and member Michael J. Kane.

REDBROWARD reviewed an e-mail sent to judicial candidate Dale Miller from “Michael Kane.” Like Allen-Rosner, Miller did not receive the BREC endorsement for the August primary. But that did not keep “Kane” from asking for his business.

The subject line of the e-mail reads, “Re: Republican lists.” Broward Republican State Committeeman Richard DeNapoli is cc’ed on the e-mail:

“We can correspond on this email address, it’s a shared address. First of all, noticed you are in [Knights Of Columbus] assembly 157. Didn’t realize that when we chatted, we are in the same council and I was the [Grand Knight] of my regular council.

Spoke with Richard, the State Committeeman who has the big list, he said 500 is good. Write up what you want us to send out and we will send it out to our 50k list multiple times. I’m sure you have already crafted a standard promo e-mail. That would work. It’s a mostly republican list but not exclusively. I don’t think you can anyways but I wouldn’t put anything partisan. Also, we will probably make an email address for you to send it out on.

Send me what to send out, confirm check has been mailed and we are good!

Separately, if you win, please give us future business!

Also if you know of another candidate in another race interested let me know.”

REDBROWARD wanted to ask Michael Kane about this e-mail. Attempts to reach Kane by telephone were unsuccessful. Even though Kane assisted these BREC leaders last year, it’s unclear if he authored this solicitation.

According to Broward property records, the address for “Praetorian Consulting” in the e-mail is actually the home address of Rupert Tarsey.

Where Is Praetorian Consulting Based?

According to multiple records, Richard DeNapoli is employed by Coral Gables Trust located at 255 Alhambra Circle Suite 333 in Coral Gables.

REDBROWARD reached out to DeNapoli to ask if this is a coincidence. He never responded.

REDBROWARD caught up with DeNapoli outside the December BREC meeting. He refused to answer questions about Praetorian Consulting. When DeNapoli complained about the questioning to Chairman Moraitis, we presented Moraitis with facts about the case. “I don’t believe it,” Moraitis said.

The December questioning makes up a significant portion of a complaint (written by DeNapoli) made against this reporter. You can read about that here. 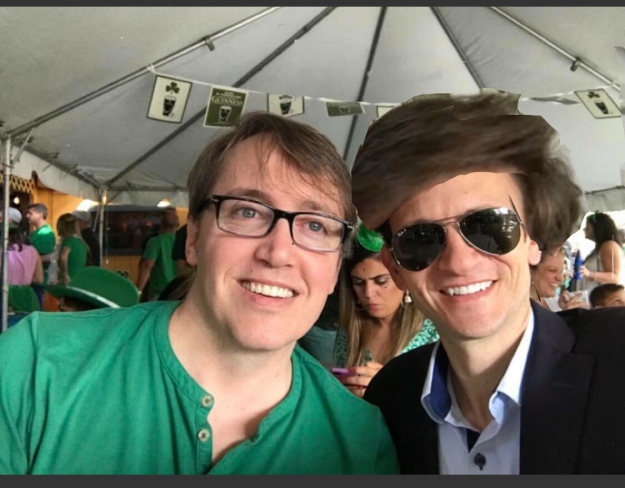 According to a lawsuit filed by Tynan, the website contained “defamatory statements” meant to “tortuously interfere” with Tynan’s business relationships. Tynan is highly-respected local attorney.

In November, REDBROWARD reported Jeff Brown as well as companies owned by Brown (Top Of Google and Inspiration Museum) and tech giants Google and Go Daddy were subpoenaed by Tynan.

Even though Judge Sandra Perlman ordered the site closed, the operator has repeatedly published the website.

As part of the lawsuit, Tynan presented Brown with a set of interrogatories.

Jeff Brown admitted he paid the fees to register the KevinTynan.com domain name.

Jeff Brown admitted to drafting the content referenced on KevinTynan.com.

When asked for comment on these new revelations, BREC Chairman George Moraitis told REDBROWARD, “I have discussed this issue with Jeff and told him I do not want the members of our board to be involved with anonymous emails.”

Jeff Brown did not respond to an e-mail requesting comment.

With such a stunning admission made to the court by a person in control of the Party bank account, website and sensitive data, should BREC members have been told? 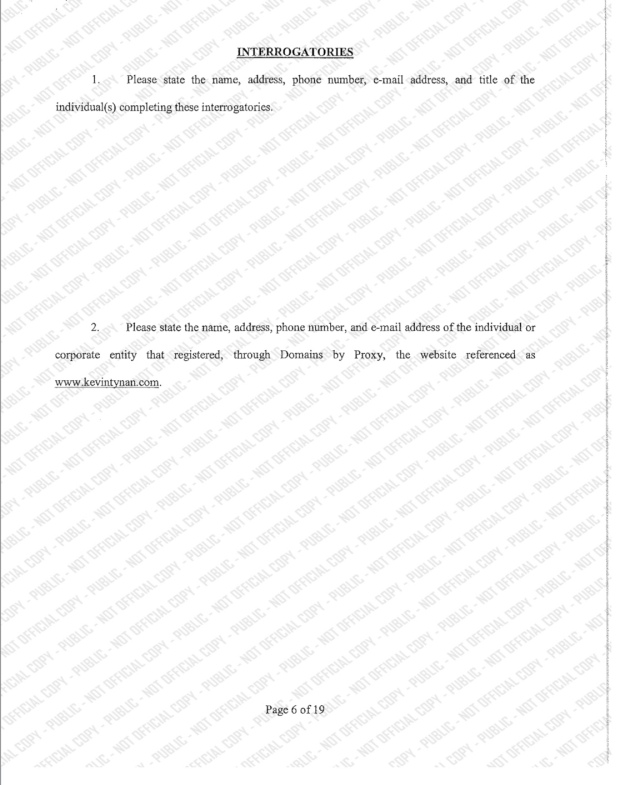 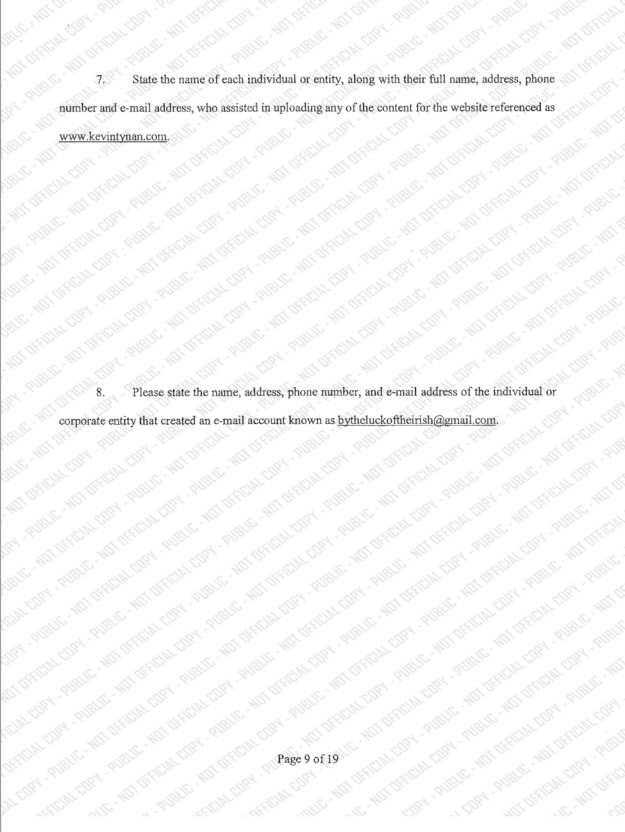