REDBROWARD takes to you behind the scenes of the upcoming event for US Congress CD 23 Republican candidate Carla Spalding. The Jamaican-born US Navy veteran hopes to unseat Congresswoman Debbie Wasserman-Schultz (D-Out Of Touch).

Lynda Killingsworth is hosting the event this Sunday, August 13 at her Cooper City home. The event begins at 10am. You must pre-register to attend.

In part one of our report, Ms. Killingsworth gives REDBROWARD a tour of her home and a sneak peek of the "Southern" breakfast menu. Guests will enjoy ham, "redeye gravy," shrimp and grits and an omelet station. In addition to coffee, guests will be able to sample Bloody Mary's, Russian vodka and Jamaica rum.

Those wishing to attend the festivities can register here.

Here's the Reyes press release:
As all of you receiving this email are part of my circle of friends and supporters, excuse the broad stroke of this email, but things are going to get exciting, challenging, and hectic (or crazy) around here real soon (I’d say dramatically so).  I’m taking the liberty of sending this communication in this form to give you  advance notice and frankly, to ask for your continued support as I embark on a new adventure tomorrow (or today if you’re reading this Monday).

Knowing me all these years, you know I am routinely well acquainted with the legal and political issues of the day.  As to the latter, I’ve been blessed to serve our community for most of the 29 years I’ve been practicing in South Florida. Like most of you, I’ve been engaged serving the community on boards, community groups, bar associations, all in fulfilling the personal mission Nancy and I have been on for years, easily summed up in the phrase taught to me by “brother” Paul Finizio’s dad (“Mr. Fin”), … to always try and “leave people better off than when you found them.”

In that regard, I’ve built a successful practice, along the way being a partner in and partners with many great lawyers in small and large law firms.  All amazing in their own right, Montero Finizio, Greenberg Traurig, Akerman Senterfitt, and now, the Reyes Law Group,  … all experiences which have served to enrich my professional life.  Yet, it has been community service that has been so fulfilling.  I’ve had the pleasure of serving on boards and community organizations that have made an impact of the lives of so many (e.g., Light of the World Clinic, Memorial Healthcare System, United Way, Broward Partnership for the Homeless, Kids Voting, Community Foundation of Broward, etc.).  Throughout those years, I have been more than happy to help fundraise and support for those willing to venture into the public sector to serve the community by way of elective office (starting at the local level, all the way up to the Presidency).  We’ve had some fun and wild adventures along the way, and frankly, it’s a role that has fit me well and I have enjoyed.  And frankly, I believed that was more than enough to help serve my community.

Yet, today, as I consider all that is happening in the country, the disharmony we see everywhere, the drastic decline in values, traditions, education, respect, and challenges to bedrock principles that have served our great nation from its’ foundation, I can’t help but think where will this end?  I look around and for the first time worry about what world, what America are we leaving to our kids, our nieces, nephews, and their kids – as a grandfather of three those queries are more relevant to me than ever.  An America that truly appears to be on the decline, one, which I can no longer stand on the sidelines and watch.

I’ve been encouraged for years to jump into the political arena.  And truly, I didn’t need it.  I always looked around and believed there were others more capable, knowledgeable, and prepared who I was always willing to support because of the hard work that is needed to run for any office.  But the day has arrived when I looked around, see what’s going on and honestly, ask, “who is going to speak to the ‘insanity’ and simply demand some ‘normalcy’?”  Better yet, who will speak just plain old, “common sense?”  I’ve honestly decided, we need more people saying what needs to be said in positions where it makes a difference.

With that, tomorrow – Monday, August 7th – I will be filing with the Federal Elections Committee to be a candidate for the U.S. Congress House of Representatives, District 23, in the Republican primary.  There are 2 other announced candidates, but the goal is to get to the general election, and end the long run of Congresswoman Debbie Wasserman Schultz.  Yes, her.  Now once you get over the “shock,” believe me, we’re not kamikaze pilots, there’s a strategic and tactical plan to get this done, and you’ll be hearing and seeing more about it over time.  For now, I need immediate help…. 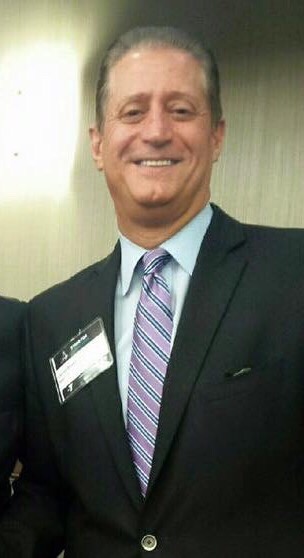 REDBROWARD spoke with Republican Congressional candidate Carla Spalding just minutes after The South Florida Sun-Sentinel published an exclusive interview with Congresswoman Debbie Wasserman-Schultz (D-Out Of Touch). It was Wasserman-Schultz's first comments since last week's arrest of her employee Imran Awan. Federal authorities stopped Awan as he tried to flee to Pakistan. He was charged with bank fraud.

Imran Awan was hired by Wasserman-Schultz to handle IT issues. Authorities recovered smash computer hard drives from his home and a laptop he allegedly hid in the House Office Building. When Awan became the target of an investigation late last year, his other Democrat clients fired him. Only Debbie Wasserman-Schultz kept him on the payroll.

In the South Florida Sun-Sentinel interview, Debbie Wasserman-Schultz makes laughable excuses for her behavior in this entire matter. She said she worried Awan was unfairly targeted because he is a Muslim. Since the investigation began during the Obama administration, its highly unlikely Awan was singled out because of his religion.

Wasserman-Schultz said she wanted to keep Awan on her payroll until she saw evidence of a crime or he was formally charged. Awan was arrested at the airport with a ticket to Pakistan. His return flight was not until January 2018. Was Wasserman-Schultz aware of his trip? Did she give her approval? Was Debbie Wasserman-Schultz really going to keep paying an employee based in Pakistan?

You can read the full interview here.