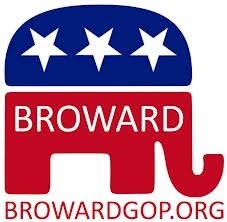 When Colleen Stolberg and I ran for Chair and Vice-Chair two years ago, we issued an Eight Point Platform for the Almost Eight Hundred Precincts in Broward County. Below, we detail the Platform and how the promises we made were the promises we kept.

All the Best,
Richard DeNapoli, Chairman

“8. Shared Celebrations. Recognizing the efforts of our local clubs, volunteers and members will promote more goodwill throughout our organization.”
We have thanked our members with mentions at meetings, presented lifetime achievement awards to our long serving members, presented awards to our elected officials, presented member-of-the-year awards, Young Republican of the Year awards, and recognized our host committee members for our various fundraisers in print and online advertising.
Lastly, beyond the Eight Point Platform, we also accomplished the following as an organization:
We garnered national news attention when we unearthed evidence and were successful in having thousands of dead voters removed from the rolls in Broward.
We fought the Broward Supervisor of Elections and successfully restored an Early Voting Site to the east side of Broward (this site had the highest percentage of Republican voters of all the Early Voting sites in the August 2012 primary).
We fielded candidates in more races than ever in recent memory throughout the county.
We had the liberal League of Women Voters Guide removed from the Broward Supervisor of Election’s website.
We chased absentee Republican voters with robocalls, mailings, and phone banking, and had a higher return rate than the Democrats.
We distributed 85,000 palm card voter guides for Early Voting and Election Day, and online recommendations were downloaded over 1,000 times.
We remodeled the BREC HQ, and opened it up to all candidates.
We defended Congressman West and multiple other candidates during redistricting hearings that many of our members and officers attended.
We opened two Broward GOP Victory offices South of I-595, where tens of thousands of calls have been made to turn out the Republican vote.
Broward saw the first Republican elected to the School Board since the year 2000 when Katie Leach was elected in August, and all of our recommended candidates either won their August races outright or made it to the November election.
Though is was a tough year, redistricting hurt our prospects and the National Democrat surge claimed as many as five GOP incumbents (some in what many would consider “safe seats”) from the Florida State House (including the incoming Speaker Designate), two State Senate seats, and three Congressional seats, there were some bright spots in Broward County….
George Moraitis was reelected by 10 points in a district that went from having a 7.5% Republican registration advantage to only a 1.1% Republican advantage after redistricting.
Vincent Boccard was elected Mayor of Coral Springs, and Dan Daley is a new Coral Springs City Commissioner. Republicans now hold 4 of 5 seats in Coral Springs. Patty Asseff won reelection to the Hollywood City Commission. Jeff Nelson was reelected in Southwest Ranches and Jeff Green was reelected in Cooper City. Congressman Mario Diaz Balart will also continue to represent a portion of Broward County.
Donna Korn won election to the School Board in the at-large seat, an amazing feat in Broward County against the former Democratic Leader of the Florida House!
While there may be good election cycles and bad election cycles, you can be assured that our promises made have been our promises kept. We will always work hard on behalf of our Republican candidates and the BREC.

Richard DeNapoli, chairman of The Broward Republican Executive Committee, is determined to make a difference in November General Election. DeNapoli has spearheaded a first of its kind program to contact Republican voters all across Broward. In years past, individual Precinct committee persons were counted on to contact voters in their precincts. Most members wrote voting recommendation letters or made phone calls to neighbors. This grassroots approach was only as good as the individual precinct captain.

This year, DeNapoli, assisted by BREC Vice Chair Colleen Stolberg and BREC Treasurer Mark McCarthy, took the grassroots approach to a new level. The BREC board and dozens of volunteers produced voting guides tailored to individual cities and precincts. The committeemen and women were asked to help defray the postage.

DeNapoli said a test-run in the August primary proved the effectiveness of this method.

This Herculean effort resulted in over 90,0000 Republicans receiving Republican voting guides. For the first time entire cities and districts were contacted by the Broward GOP.