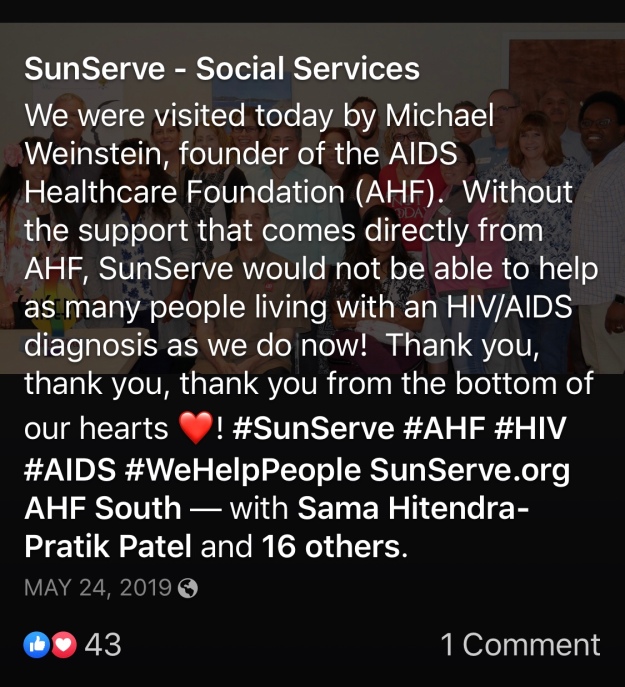 When the City of Fort Lauderdale’s Board of Adjustment held a marathon meeting to hear the appeal by AIDS Healthcare Foundation (AHF) over its controversial “Trantalis Tower” project, two members failed to disclose ties to AHF which might give rise to an appearance of a conflict of interest. Late last year, the City Attorney affirmed a decision by the Zoning Administrator which held, “AIDS Healthcare Foundation (AHF) project is a Level V Social Service Residential Facility (SSRF). Whereas the applicant has stated the proposed use is a Mixed-use affordable workforce housing development and not an SSRF.” Under this decision, AHF could not build “Trantalis Tower” near downtown.

According to the rules set forth by a city attorney, the proceedings were to be conducted as if it was a court proceeding. AHF would present its case and witnesses, the City would have an opportunity to cross-examine the witnesses and then the City would offer its case and witnesses with AHF allowed to cross-examine. Nelson stated that Board members and the public would also be permitted to speak.

As the hearing began, the members of the Board made disclosures regarding contact with anyone connected to the appeal. Several mentioned site visits or brief, unrelated conservations with the attorneys, but no members disclosed any ties to AHF or groups and people supporting the AHF project.

From the start, Nelson interrupted lawyers and witnesses. Nelson asked AHF witnesses very leading questions then nodded and smiled when they gave the response. When Daniel Abbott cross-examined AHF South executive Tim Kahane, supporters in the audience hissed disapproval. Instead of asking the audience to remain quiet, Nelson went on a tirade about “civility.” Nelson even mentioned “knowing all the members” of Abbott’s law firm in what many observers saw as an attempt to stop Abbott’s line of questioning.

During a break, REDBROWARD asked Howard Nelson about his comments to Daniel Abbott. Nelson said he knows “just about every lawyer in town” and denied it was an intimidation tactic. When asked why he did not make similar remarks to Kendal Coffey, Nelson became visibly upset. He called this reporter an “asshole” before bumping into yours truly. He then remarked “nice belly.”

In the early morning hours on Thursday, the Board of Adjustment voted 4-3 to deny the AHF appeal. Blaise McGinely, Chadwick Maxey and Howard Nelson voted in favor of AHF.

MAXEY SHILLED FOR AHF EXACTLY ONE YEAR AGO

Bryant is a former NLC official.

According to the NLC website, the group is “the hub for progressive Millennial thought leadership.” NLC claims its training program “equips our leaders with the skills to run for office, manage campaigns, create start-ups and networks of thought leaders. NLC leaders take their activism back into their communities and workplaces to impact progressive change.”

Following the vigil, Ben Sorensen held a meeting to discuss the AHF project. Chadwick Maxey, the director of the NLC Broward chapter, spoke at this meeting. Claiming he was troubled by the lack of affordable housing south of the New River, Maxey gave alleged information on rental properties from the Apartments.com website. Even though he never revealed his affiliation with NLC, Maxey sat with Ebonni Bryant, Sean Ford, Vanessa Villaverde and other NLC members at the meeting.

Bryant and Villaverde attended the Board of Adjustment meeting, but this time Maxey had a seat on the dais.

Sunserve is local non-profit which, in recognition “that the entire LGBTQ community has the right to quality care, our mission is to provide critical life assistance and professional mental health services with an emphasis on economically disadvantaged, marginalized youth, adults and seniors in the greater South Florida metropolitan area.” In May 2019, AHF CEO Michael Weinstein visited Sunserve at their offices in Wilton Manors.

In a Facebook post, Sunserve stated, “Without the support that comes directly from AHF, Sunserve would not be able to help as many people living with HIV/AIDS diagnosis as we do now! Thank you, thank you, thank you from the bottom of our hearts!” The post includes a picture of the Sunserve staff with Michael Weinstein.

In other posts, Sunserve lists AHF as one of its top donors along with United Way. According to Sunserve materials, AHF donations to Sunserve total more than $100,000 dollars. In numerous posts, the close ties between AHF and Sunserve are inescapable. AHF is listed as a prominent sponsor of nearly event Sunserve event. When a Sunserve staffer visited a local radio program, the host stated, “Learned a LOT about @ahfsouth and @sunserveftl.”

While AHF is always listed as the top donor on the “Diamond Level,” Sunserve also boasts a lengthy list of other supporters. With a contribution between $6,000 and $8,500, Mayor Dean Trantalis is listed as “Platinum Level” donor. In another fun fact, Dean Trantalis works for the owner of the building which houses Sunserve.

Way down on the “Bronze Level,” you will find local attorney Howard Nelson and his wife Gayle Nelson. The same Howard Nelson who chaired the Board of Adjustment hearing.

In an other coincidence, Gayle Nelson works at Sunserve, According to her LinkedIn page, Gayle Nelson has been a “Registered Clinical Social Work Intern (SunServe), Certified Healing Touch Therapist” since July 2014.

While he claimed to be ignorant of the media coverage, is it possible Howard Nelson saw AHF on the agenda and never thought how they were a big deal at the place where his wife works and where he donates his hard-earned money?

Since the AHF appeal dealt with claims it would offer “social services” to residents of Trantalis Tower, did Howard Nelson ever think, “gee, my wife is a social worker for an AHF-funded organization that offers social services, maybe I should say something?”

Did Howard Nelson recognize the many Sunserve staffers in the audience at Wednesday’s meeting?

REDBROWARD asked Howard Nelson for comment about his ties to Sunserve. We asked if he spoke with anyone related to AHF, Sunserve, City of Fort Lauderdale officials, any City staff or any advisers to officials or staff. We asked Howard Nelson if he should have disclosed even the appearance of a conflict of interest before the hearing.

Howard Nelson did not respond to our request for comment. 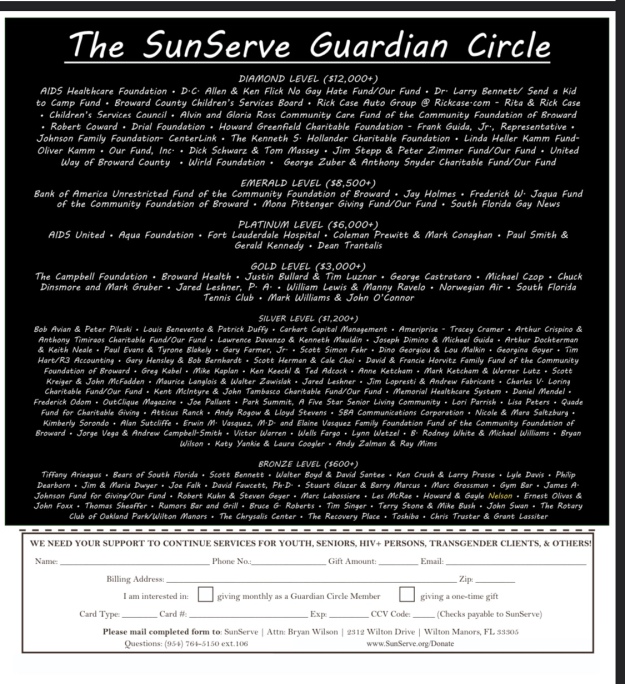 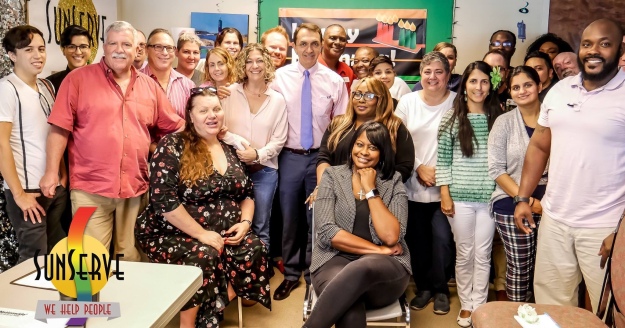