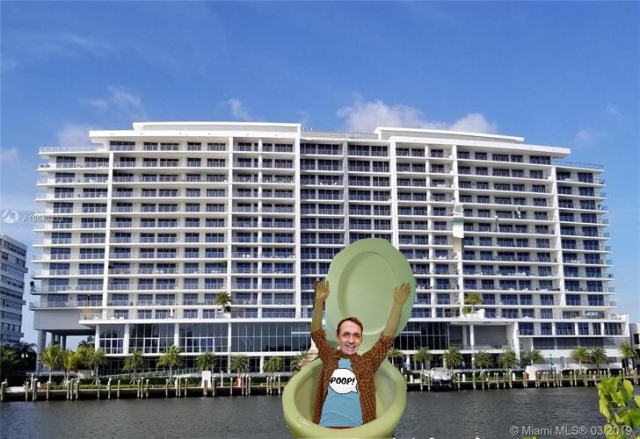 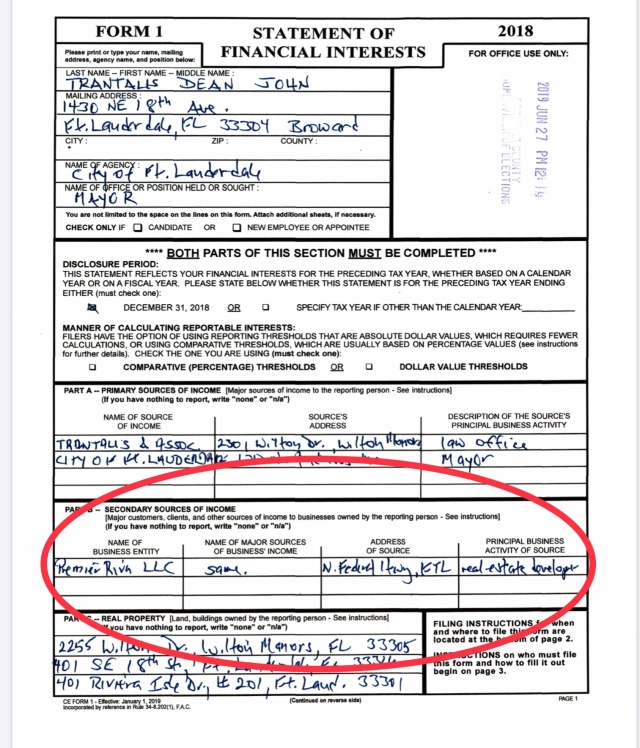 Two weeks ago, in the midst of a smelly environmental crisis of multiple sewer line breaks, Fort Lauderdale Mayor Dean Trantalis “questioned the wisdom” of new developments in the City. According to The Sun-Sentinel, “Trantalis, who questioned the wisdom of approving new developments when Fort Lauderdale’s pipes have been allowed to deteriorate so badly it will take an estimated $1.4 billion to fix them.” Dubbed a “slow-growth” candidate, Mayor Trantalis said, it was time to “put a pause on new development until we are comfortable in knowing that our water and sewer infrastructure is intact.”

Since the sewer lines crisis began, concerned residents of the Rio Vista and Victoria Park neighborhoods pushed a petition calling for a temporary stop of new developments while the infrastructure issues are addressed. Trantalis pandered to the residents dealing with poop-filled streets and canals with vague promises to look into the issue of new developments, but he failed to mention he derives a secondary income from a Fort Lauderdale luxury developer.

The Premier Riva condominium at 1180 North Federal Highway is the very definition of luxury living. The 100 unit, 15 story building sits along the Middle River with a luxury penthouse currently available for a mere $4.25 million dollars. Realtor websites list smaller units available for $6,500 per month. (Is this an example of “affordable housing,” Mayor Trantalis?)

Completed in February 2018, the Premier Riva offers top notch luxury amenities. The Sun-Sentinel described cabanas available for guests which rival the luxurious units. “Guests who stay there have access to the ‘luxury amenities deck,’ which includes a swimming pool with river views, spa with treatment rooms, sundeck and fitness center.”

Dean Trantalis and the city commission voted to approve the luxury Premier Riva in March 2015.

Four years later, Mayor Dean Trantalis filed his legal required “Statement Of Financial Interests, Form 1” for 2018 with the City. This form requires elected officials to disclose their sources of income, property owned and debts. In Trantalis’ previous forms he listed his law firm and his city salary as his primary sources of income. Unlike his previous Form 1, Trantalis’ disclosure included a secondary source of income.

In his 2018 Statement of Financial Interests, Trantalis lists secondary income from “Premier Riva LLC” which he describes as a “real estate developer.” Secondary sources are defined as, “Major customers, clients or other sources of income to businesses owned by reporting person.” Is this luxury developer a major client or customer of Dean Trantalis?

So, is Mayor Dean Trantalis the rare champion for smart-growth and affordable housing who just happens to make money off of huge luxury condominiums built along our waterways?

When the Premier Riva appeared on the March 2015, Trantalis and his fellow commissioners voted to approve the project because, according to Wyman, Trantalis was legally obligated to vote for the project. “According to the city attorney, plays are technical in nature,” Wyman wrote. “And the commission legally cannot unreasonably withhold approval.”

Asked about the nature and scope of Trantalis’ work for Premier Riva, Wyman wrote, “the mayor states that following a change in ownership at Riva, he was asked to handle real estate closings as a private lawyer.”

So, Dean Trantalis was against this luxury development before he was for it?

This would not be the first time, Dean Trantalis pandered to get anti-growth votes.

When he attended the May 20th Mayors Breakfast and Municipal Expo in Plantation, Dean Trantalis did not talk about “fragile” ecosystems. Trantalis said the current Bahia Mar site is “languishing there as a huge asphalt wasteland with a third-rate hotel.” He praised the proposed development of two 29 story towers, “as well as a refurbished hotel and many other amenities.” Trantalis never mentioned he had just voted against the two towers and refurbished hotel.

There was no mention of barrier islands and ecosystems when Dean Trantalis praised beachfront projects like the Four Seasons Hotel, The Paramount and the Conrad. He described all four projects as “stellar examples” of Fort Lauderdale’s “rapid pace program…to encourage investment in the city.”

Can Dean Trantalis handle the City’s growth issues while he is getting paid to work for luxury developers? Fort Lauderdale deserve answers, no?