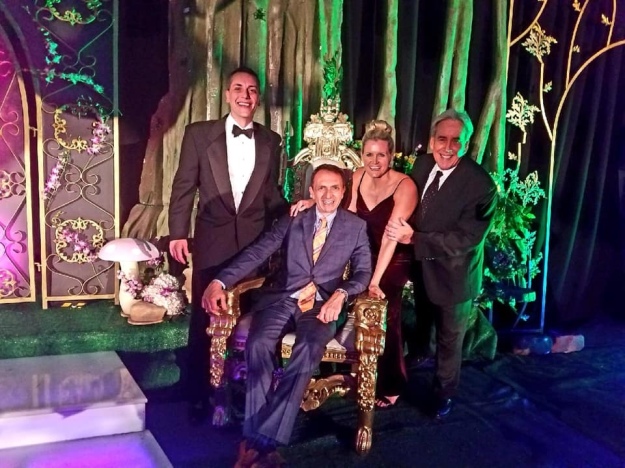 In January 2018, The Sun-Sentinel published a questionnaire it submitted to then-Fort Lauderdale Commission candidate Steven M. Glassman. Like most newspaper candidate questionnaires, Glassman’s answers were intended to give a brief biographical sketch of the candidate. The questionaire asked questions like place of birth, education, marital status and goals if elected. But a question as simple as whether you have ever been sued may have tripped up Commissioner Glassman.

According to the January 10, 2018 article, the Sun-Sentinel asked: “Have you ever been the plaintiff or defendant in a civil action, bankruptcy or foreclosure?”

The question was straightforward. No qualifiers as to location or time span. The newspaper simply asked Glassman if he was ever part of a lawsuit.

Before moving to south Florida, Commissioner Steven M. Glassman lived in Buffalo, New York. According to the questionaire, the retired Glassman and his spouse Randolph have been together for forty years. According to a 2013 email, Glassman began his teaching career in Buffalo around 1977. He was an instructor at the Buffalo Academy of Visual and Performing Arts. Erie County records show Steven M. Glassman and Randolph Morris purchased a home on Pearl Street in June 1986.

While Glassman says he moved in 1994, Erie County records show he was party to at least two court actions. Records from March 1997 show Steven M. Glassman and Randolph Morris were the plaintiffs in a lawsuit filed against Jonathan Simon.

In May, 2002, The New York State Department of Labor Employment brought a case against Steven M. Glassman and Randolph Morris doing business as (dba) “Randy Salon.”

On February 15, 1992, the Buffalo News wrote how the local gay community was handling the AIDS/ HIV crisis. “ADVOCATES PUT CITY 10 YEARS BEHIND IN AIDS ACCEPTANCE,” spoke to many prominent Buffalo residents about discrimination against those with HIV.

According to activists, even though Magic Johnson’s case had raised awareness about the disease, many in Buffalo still felt mistreated due to ignorance about HIV/AIDS. Reporter Gene Warner wrote, “And the state Division of Human Rights plans to reopen a case after initially finding probable cause that an Elmwood Avenue hair salon may have discriminated against a fired cosmetologist because the employer believed he had tested positive for HIV.”

In the report, hair stylist Thomas Bradford claimed he was fired because his employer believed him to be HIV positive.

The state Division of Human Rights, after a preliminary investigation, found probable cause in November to believe that there was discrimination and recommended the case go to a public hearing. According to two sources, that same office later changed its mind and decided to reopen the original investigation.

Thomas Bradford was a hair stylist at Randy Salon.

Acknowledging the competing claims in the Bradford case, the Buffalo News sought comment from the owners of Randy Salon.

Steven M. Glassman, a partner in the salon, has denied the accusation vehemently, claiming Bradford was an independent contractor, not an employee, did not possess a current license to practice cosmetology and all his claims have distorted the truth.

Did Glassman forget the cases in New York?

Is this a case of mistaken identity?

Did the Sun-Sentinel print the wrong answer?

Was the State Department of Labor Employment case related to the Bradford investigation?

Was he trying to hide information from Fort Lauderdale voters?

Commissioner Steven M. Glassman did not respond to repeated requests from REDBROWARD. 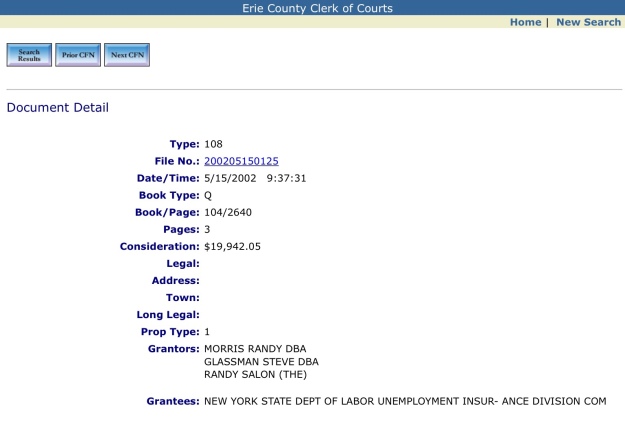 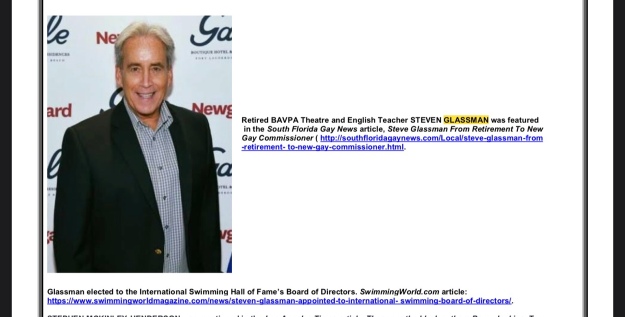 Fort Lauderdale Commissioner Steven M. Glassman (D-Selfie) cancelled a meeting with concerned Rio Vista residents after receiving large campaign contributions from AIDS Healthcare Foundation (AHF) employees and a political committee tied to a former AHF lobbyist. Last summer, Rio Vista asked Glassman to take a “walking tour” of the proposed site of the AHF apartment building dubbed “Trantalis Tower.” The residents were concerned over the lack of transparency over who would live in the fifteen story building made up of tiny “micro unit” apartments as well as the type of social services AHF would provide to residents.

According to Kevin Cochrane, the tour organizer, Glassman received an e-mail invitation on August 12, 2019 to join the residents’ walking tour. Glassman was told District 4 Commissioner Ben Sorensen was joining residents for an August 13, 2019 tour of the site. On August 14th, Glassman responded to Cochrane. “I am sorry we missed the first tour,” Glassman wrote. “I will get back to you on Friday with some potential dates. How long was the tour?”

The next day, Glassman finally responded. He said he could meet Cochrane’s group on October 10, 2019. Cochrane immediately accepted.

Nearly one month later, Cochrane contacted Glassman about the tour. On September 20, 2019, He told Glassman the AHF project was due to be heard before a City board before his tour. Cochrane mentioned nearly 300 residents had joined Trantalis, Sorensen and Moraitis on their tours and asked if he could scheduled a date before the AHF was to be heard.

Glassman took two weeks to respond. He told Cochrane the Fort Lauderdale City Attorney issued an adverse opinion regarding the AHF project. Glassman cancelled his tour with no further explanation.

One week later, the AHF checks started coming in.

What was Steve Glassman doing on October 10th instead of meeting with residents? On Facebook, he was posting about the great success of his September fundraiser.

If the City Attorney made the AHF project a moot point, why didn’t Glassman return the contributions to Poole, Kahane and the Florida AIDS HIV PAC?

As REDBROWARD reported, Glassman loves to attend cultural events with lobbyists or talk about his BFF David Beckham. Instead of talking to residents of Rio Vista about “Trantalis Tower” or the sewer break disaster, Glassman poses with the Scooby Doo Gang, chows down on cupcakes after Zumba class or attends Oscar parties. 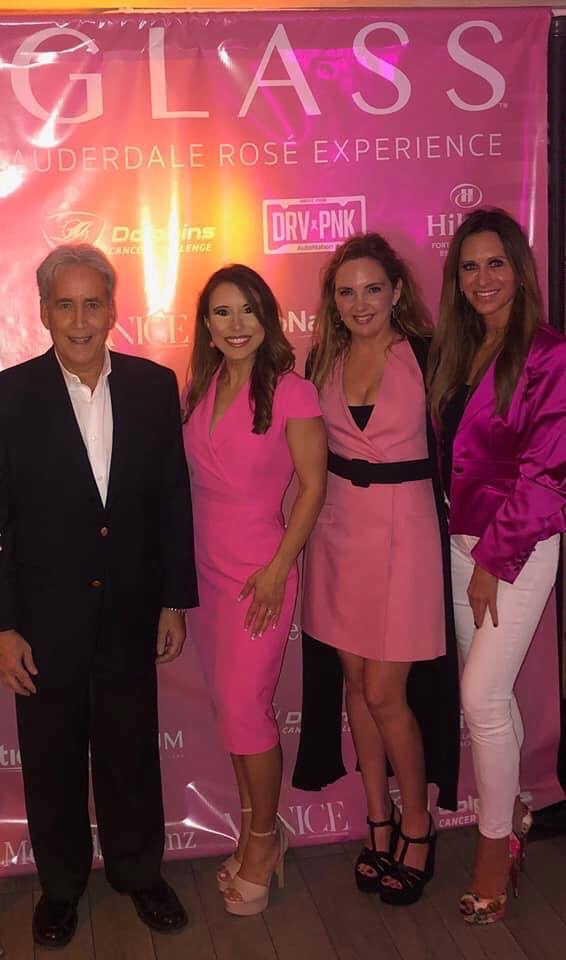 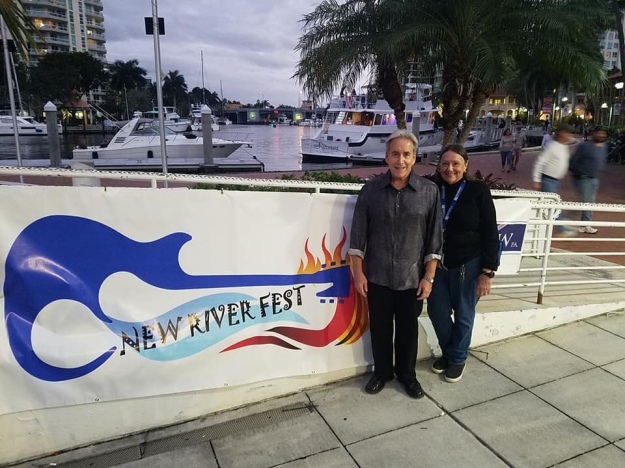 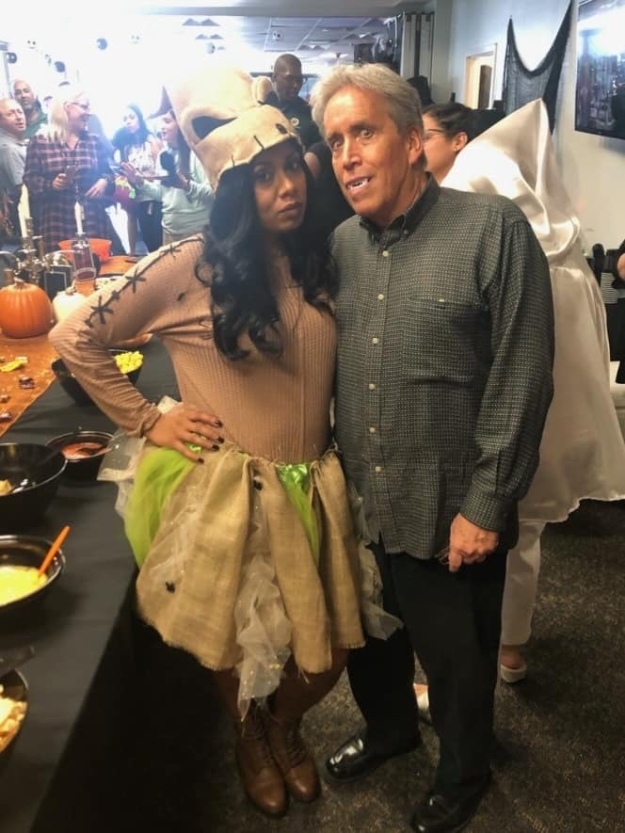 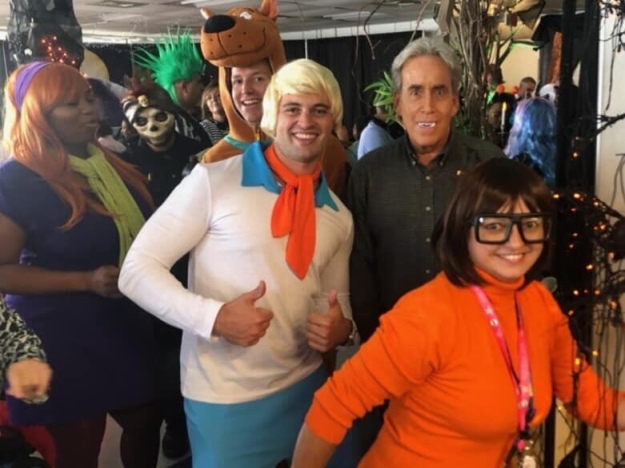 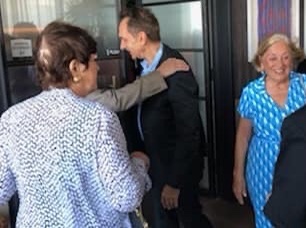 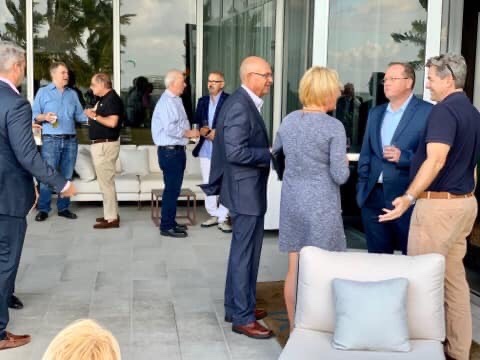 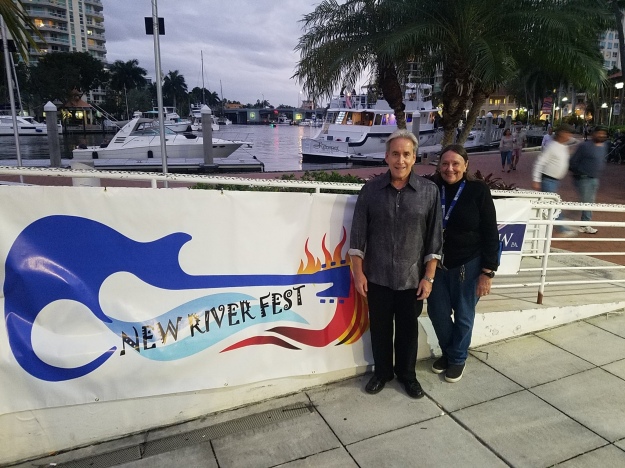 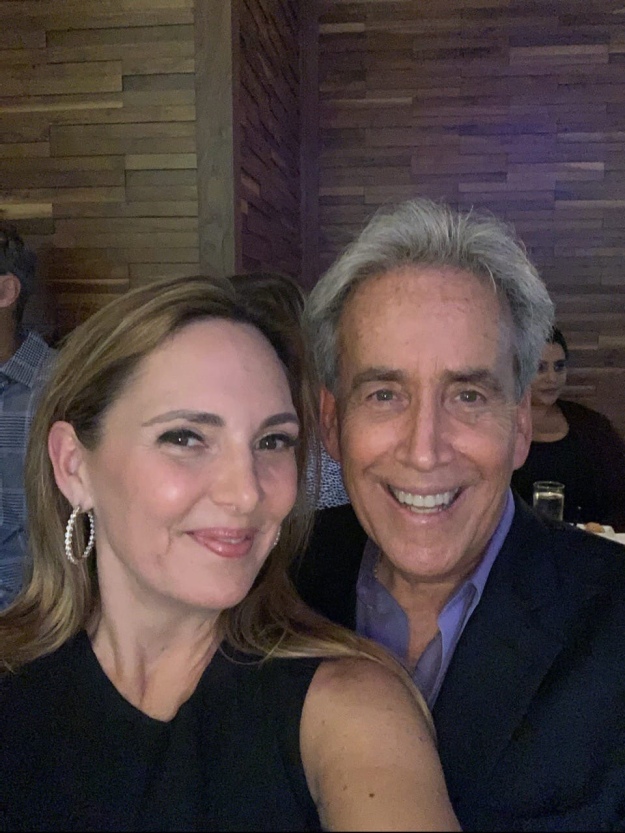