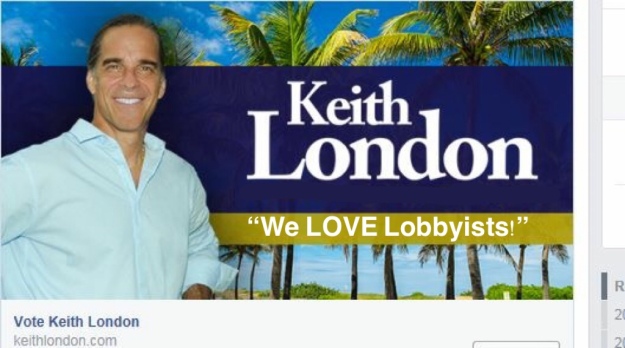 In November 2000, then-Broward County Commissioner Scott Cowan plead guilty to misuse of campaign funds. The plea came just before Cowan’s trial was set to begin. According to the Sun-Sentinel, Cowan admitted to making phony campaign expenditures. At the time, the Sun-Sentinel reported Cowan paid nearly $8,000 to his daughters for campaign work, spent over $7,000 on furniture and accepted a $25,000 contribution after he had been re-elected. “Cowan explained he didn’t know he was violating election laws,” reporter Buddy Nevins wrote.

Cowan was sentenced to six months in prison. While on work-release, a Broward Judge refused to allow Cowan to work as a lobbyist. Instead, Cowan worked at a local pizza restaurant.

Election records show Keith London is not the only Hallandale Beach Official paying Scott Cowan for his consulting services. Like London, Commissioner Rich Dally and Commissioner Michael Butler are running to keep their seats on the Hallandale Beach Commission. Campaign records show Dally and Butler have paid Cowan $5,000 each for consulting. To help pay for Scott Cowan, both Commissioners took campaign contributions from developers and local gambling establishments.

In his sworn testimony, Evan Ross Ross revealed discussions with Michael Fucheck and Tim Ritvo, the COO of The Stronach Group about funding his political committee. Ross said he helped form the Ethics Matter political committee which ended up “being involved exclusively was [sic] issues surrounding Hallandale Beach.”

Asked why Gulfstream funded the Ethics Matter PAC, Ross said, “Gulfstream felt very strongly that they were not being treated fairly by the City Of Hallandale Beach, that they were being almost extorted by the city and they wanted to see a change in the way that the city was run.” Ross said Gulfstream contributed $75,000 to his political committee.

In the days leading up to the November 2016 election, Michele Lazarow received maximum contributions of $1,000 from political committees created by Evan Ross. On October 31, Lazarow received a $1,000 contribution from each of the following committees: Good Government, Public Service, and Progressive Principles. Lazarow also received $1,000 each from the Ethics Matter political committee.

According to published reports, the men are building Hallandale ArtSquare. “The 8-acre mixed-use project, on Federal Highway three blocks north of Hallandale Beach Boulevard, will feature six buildings, 358 rental apartments, a fitness center and resort-style pool. The 12,000 square feet of retail and restaurant space will be ideal for younger residents moving to the area and looking for a vibrant lifestyle destination, said Victor Ballestas, principal with developer Integra Investments.”

In a telephone interview with REDBROWARD, Maria Claudia Penas denied knowing Evan Ross. When asked why they gave to Good Government, Penas said, “For Keith London’s campaign.” Penas became apprehensive when asked who requested the contribution.

REDBROWARD asked if Keith London made the request.

“My attorney told us to make the contribution,” Penas said.

A year later, Benedetti and Penas are supporting London’s allies.

Do developers, casino owners and lobbyist run things in Hallandale Beach? Why are they so eager to help Keith London, Michele Lazarow, Rich Dally, Michael Butler and Scott Cowan? 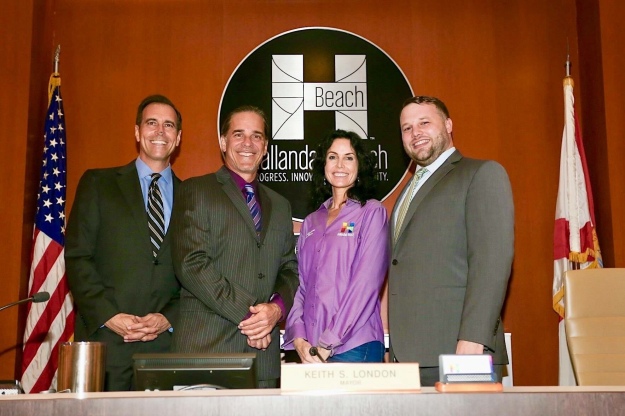