Maria Corvaia O’Donnell keeps telling Lighthouse Point residents that her “legal expertise” is a main reason they should vote for her in the March Mayoral election. This week, REDBROWARD reported O’Donnell, an attorney, told voters she would use her vast legal knowledge to fight sober homes. O’Donnell said she would use her legal experience to amend the Federal laws governing “sober homes.” She wrote, “I can help you amend the laws that govern these Sober homes. I will donate my legal expertise to you, but I need a political seat to push this reform so I can get it done efficiently and effectively.”

But according to lawsuits from two former employees, Maria O’Donnell had a hard time following Federal laws governing employment and overtime pay.

In July 2014, Joann Grogin claimed Maria O’Donnell’s “Unlawful employment practices” violated the Fair Labor Standards Act (FLSA). According to the lawsuit, O’Donnell, “had Plaintiff, a non-exempt employee under the FLSA, work in excess of forty (40) hours per work week, but willfully refused to properly compensate Plaintiff for such work in violation of the FLSA.”

Four months later, another employee, Phynecia Rodolph filed a lawsuit against Maria O’Donnell for “for overtime compensation and other relief under the Fair Labor Standards Act (FSLA).” Rodolph claimed O’Donnell failed “to pay Plaintiff time and one-half wages for hours worked in excess of forty within a work week.”

Should Lighthouse Point voters put their trust in O’Donnell to amend complex Federal laws involving the Americans With Disabilities Act and the Fair Housing Act when she has a history of not following simple overtime rules?

REDBROWARD asked Maria O’Donnell for a comment. She has not responded. 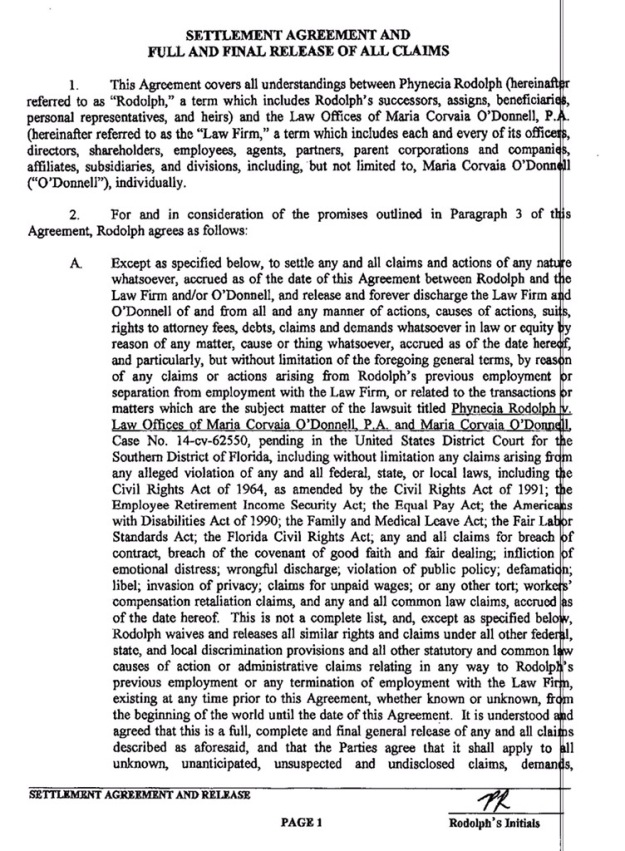