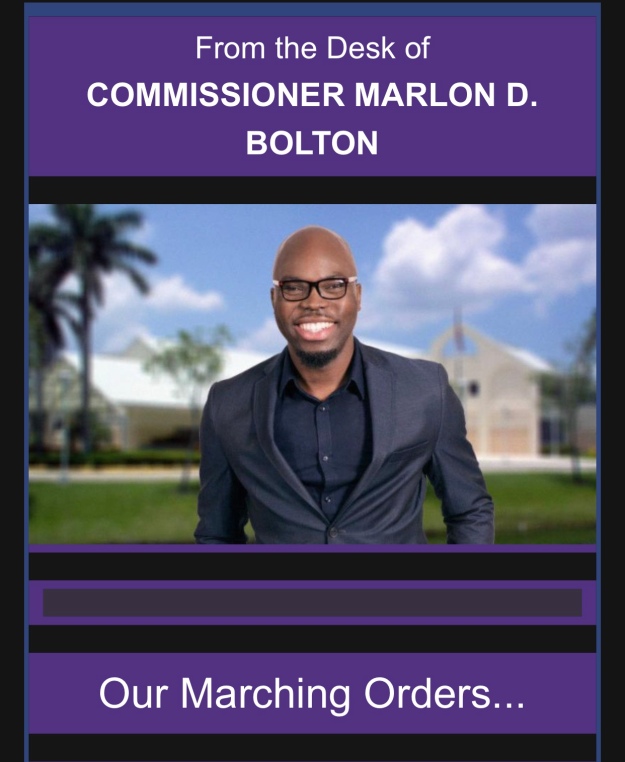 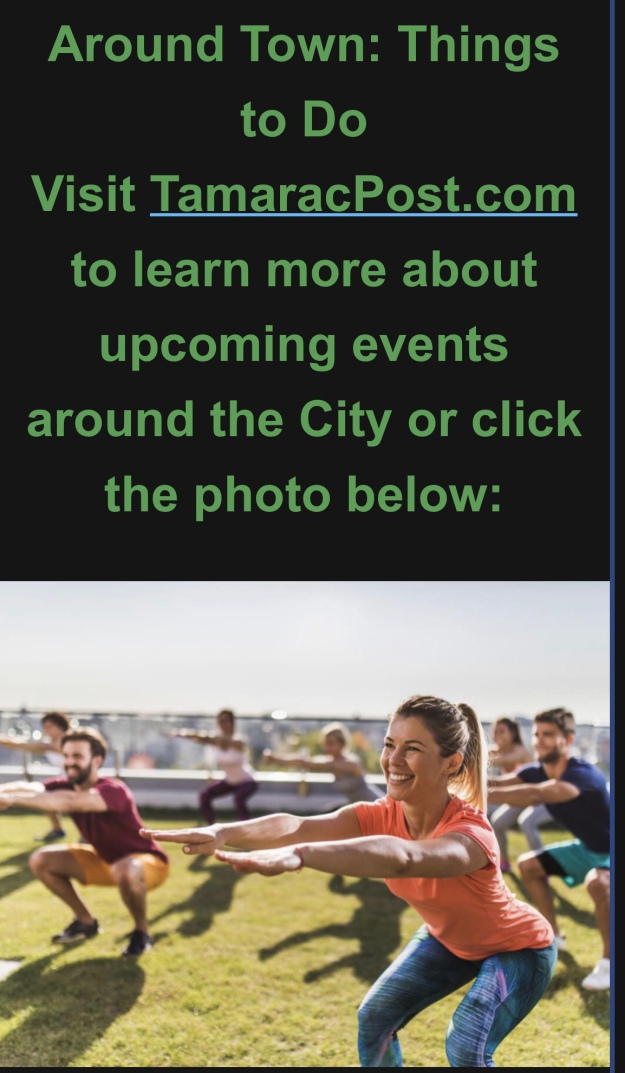 For some reason, the first woman offered the job was “ghosting” the Commissioners. City Attorney Sam Goren said the woman was unresponsive to all attempts to finalize the hiring process. North Lauderdale leaders needed to decide on a process to pick a new candidate. The Mayor discussed opening up the interview process to create a new pool of candidates.

Even though she had been a City Commissioner for less than an hour, Regina Martin made a motion to hire Anthony Bonamy, the number two ranked candidate. Commissioner Samson Borgelin quickly seconded the motion. Members of the public were then welcomed to comment on the motion.

Bolton said the deputy clerk position was “very important.” He urged the Commission to hire candidate number two “whoever that is.” He said, “number two should go forward.”

The commission did hire “number two” Anthony Bonamy as deputy city clerk for a $55,000/year salary.

On his application for the deputy clerk position, Anthony Bonamy provided professional references. Bonamy listed two men, both politicians–Oscar Braynon and Marlon Bolton. Bonamy made no mention of their political resumes. He wrote Brayon was “retired.” Bonamy listed Bolton’s occupation as “faith leader.” Under “relationship,” Bonamy wrote Bolton was a “friend.”

Garcia-Beckford told Commissioners she was concerned about Bolton being listed as a reference and the fact Bolton spoke on the matter regarding the hiring of Bonamy. Garcia-Beckford stated any clerk needs to be unbiased towards all members of the Commission. She feared Bonamy’s relationship with Bolton could jeopardize his future relationships with North Lauderdale leaders.

Bonamy’s ownership of a political consulting company was troublesome for City leaders as well. Commissioner Lorenzo Wood referenced a clause in the contract which would prohibit Anthony Bonamy from performing any political consulting work while employed by the City of North Lauderdale.

According to State of Florida records, Anthony Bonamy created “Tamarac Post Media LLC” in July 2020. Weeks later The Tamarac Post website was launched as “your source for local news, politics, entertainment, music, and fashion. We provide you with the latest breaking news and updates.” In reality, when the Tamarac Post isn’t posting news releases from the City of Tamarac public information department, it’s offering anonymous puff pieces about Dale Holness and Commissioner Marlon Bolton.

In his short time on the Tamarac City Commission, to say Marlon Bolton has been a lightning rod for controversy would be an understatement.

Within days of the withering take on the Bolton/Ottinot saga by Stephanie Kienzle, it was Tamarac Post to the rescue. The website copied and pasted a City of Tamarac news release touting Hans Ottinot and his law firm.

Three days later, Marlon Bolton sent an e-mail blast urging residents to read the Tamarac Post. Bolton wrote, “Visit TamaracPost.com to learn more about upcoming events around the City or click the photo below.” By clicking the photo, residents were redirected to the Tamarac Post website.

When asked about Marlon Bolton, Bonamy acted as if he never met him. He said his inclusion as a reference “caused controversy” because it was done without permission. Bonamy stated he was not friends with Bolton. According to Bonamy, he randomly picked Bolton’s name from the membership list of Black Elected Officials group.

When asked about the contractual language prohibiting work for other politicians, Bonamy said he believed the prohibition only applied to work for North Lauderdale politicians.

While a majority of the Tamarac Post stories are filed under the generic “staff writer” byline, a large sample of stories do have a name attached. Dawne Richards, a Pompano Beach political activist, is the author of numerous Tamarac Post entries.

Richards told REDBROWARD a political activist told her about freelance writing opportunities at the Tamarac Post. Richards could not recall the name of the activist. Richards was unable to name anyone who recommended story ideas. She was unaware of who signed the checks for her stories. “I submit my stories and they send a check,” Richards said.

Why does Marlon Bolton promote a phony website shilling for himself and his allies on the Tamarac Commission?

Why is Marlon Bolton so interested in the hiring process of another city? 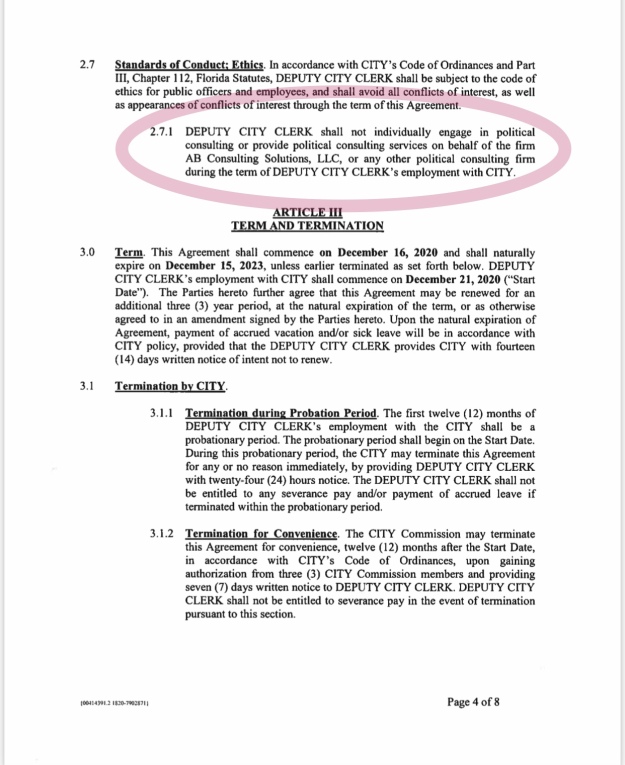 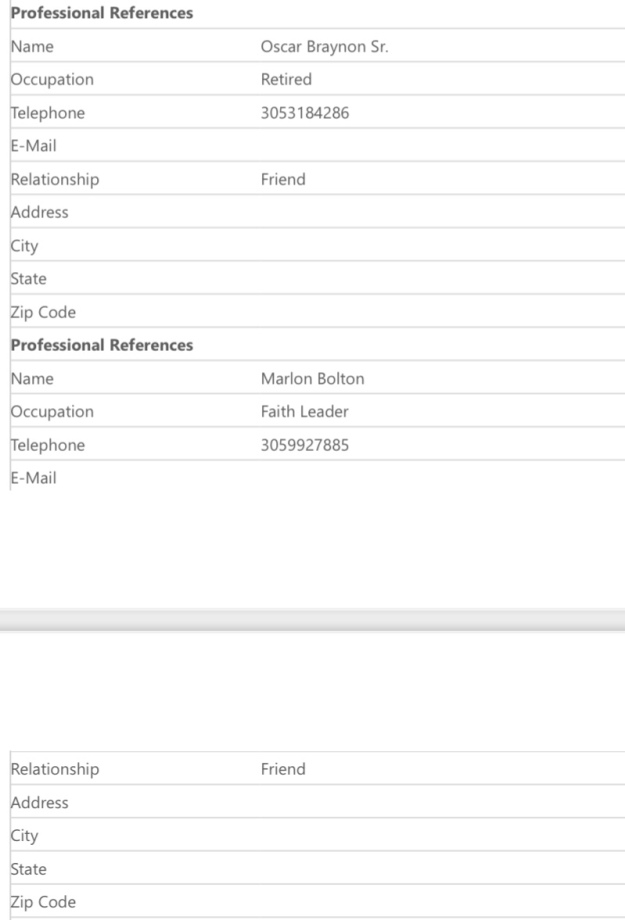