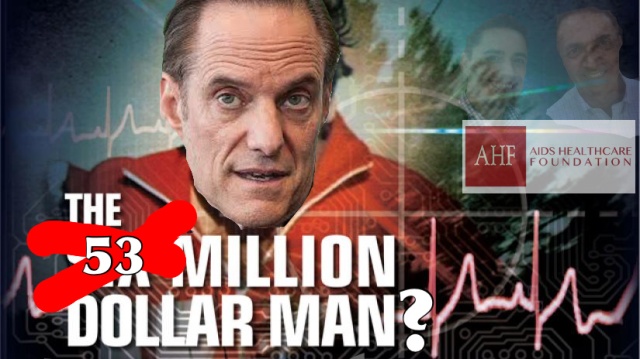 According to POLITICO, “Under the leadership of Weinstein, AHF has morphed over more than three decades into not only a massive health care enterprise but a controversial political player that has raised eyebrows with its unusual “social enterprise” model. Weinstein was paid $432,828 in 2017, according to the organization’s tax form.” Where did AIDS Healthcare Foundation (AHF) get all this money to fund Weinstein’s political causes?

“The senator’s concerns center on a somewhat obscure federal drug discount program known as 340B, which requires pharmaceutical companies to sell their drugs at steep discounts to participating hospitals and other providers that serve a significant percentage of indigent patients.

The providers, including the AIDS Healthcare Foundation, which operates more than 50 pharmacies nationwide, are then allowed to turn around and charge public programs like Medicaid and Medicare for the standard amount. The providers then use the difference to enhance staffing and provide services to help low-income patients.

But none of the savings reaped from 340B — or virtually any federal grant or funding program — can be used for lobbying or any kind of political expenses.”

Hueso believes AHF has spent more than $60 million dollars since the 2012 election cycle.

HOW MUCH IS AHF SPENDING ON “TRANTALIS TOWER”

Early this year, REDBROWARD documented Weinstein’s campaign against Fort Lauderdale Commissioner Ben Sorenson. In a series of commercials airing on WTVJ/NBC6, Sorenson is attacked over his opposition over plans by the AIDS Healthcare Foundation (AHF) to build a sixteen story building dubbed “Trantalis Tower.” The massive project, featuring more than 600 micro-units, is located in Fort Lauderdale District 2 which Sorenson represents.

One commercial urged residents to contact Sorenson in order to stop an affordable housing crisis. Even though Sorenson is a leading advocate for the homeless, he drew the ire of AHF after listening to the concerns of nearby residents. In addition to complaints over the size of the development and traffic issues, local residents are concerned over AHF’s lack of transparency over potential residents of “Trantalis Tower.”

The ominous sounding “Meet The Faces Of Fort Lauderdale” ad claims Ben Sorenson “turned his back on those who need his help the most.”

These commercials were not the first time AHF attacked local officials.

In 2017, AHF spent $115,000 attacking the Mayor of Baton Rouge, Louisiana. According to published reports, Mayor Sharon Weston Broome angered AHF leaders when she threatened their funding. The Advocate reported, “AHF started airing television ads on local airways in July that criticize Broome’s decision to cut off the national organization’s share of the federal funding Baton Rouge spends on HIV treatment and testing.”

So how much did AHF spend attacking Ben Sorenson? Unlike its California spending, AHF’s political spending is nowhere to be found in State of Florida records. But records from the Federal Communications Commission (FCC) show AHF spent more than $38,000 on advertising campaigns with Comcast in the Miami/Fort Lauderdale market.

Why is Mayor Dean Trantalis and his cowed City Commission so silent about Weinstein’s radical political plans?