In addition to organizing last week’s candlelight vigil in support of the project, NLC leadership even shilled for the controversial “Trantalis Tower” in front of Fort Lauderdale Vice Mayor Ben Sorensen. The vigil turned out to be nothing more than a made-for-local-television event orchestrated by AHF legislative affairs director Ebonni Bryant. She is the former NLC co-director.

After she passed out shirts and signs to the “protestors”, Bryant delivered AHF talking points to local television reporters.

In a post-meeting Facebook message, Bryant thanked several fellow members of the New Leaders Council (NLC) for their support.

The NLC website lists Chadwick Maxey as the director of the NLC Broward chapter. Maxey, a senior property manger with Diversified Realty Development, spoke at last Monday’s meeting. Maxey said he was troubled by the lack of affordable housing south of the New River. While he never revealed his affiliation with NLC, Chad Maxey sat with Ebonni Bryant and other NLC members at the meeting.

According to the Council of Non-Profits, “In return for its favored tax-status, a charitable nonprofit promises the federal government that it will not engage in ‘political campaign activity’ and if it does, IRS regulations mandate that the charitable nonprofit will lose its tax-exempt status.” The IRS does allow a 501 (c)(3) to engage in issue advocacy and voter education measures. According to the IRS, “certain voter education activities (including presenting public forums and publishing voter education guides) conducted in a non-partisan manner do not constitute prohibited political campaign activity. In addition, other activities intended to encourage people to participate in the electoral process, such as voter registration and get-out-the-vote drives, would not be prohibited political campaign activity if conducted in a non-partisan manner.”

Questions regarding Michael Weinstein using AHF funds for political gain have been raised in California.

In 2016, The LA Weekly reported AHF “spent more than $22 million on a pair of statewide ballot measures it authored — as well as more than $1 million on local ballot measures.” Experts claimed such expenditures by charitable groups were not the norm. “It is unusual for a 501(c)(3) nonprofit to spend multiple millions of dollars,” said Kathay Feng, executive director of California Common Cause. “Even large organizations like the ACLU don’t have funds set aside for campaign purposes that can match the money major corporations or unions put into a campaign.”

“I don’t think it’s unprecedented,” South said. “501(c)(3)s have the ability, under federal law, to spend money on advocacy, and many of them do. This is not unusual or unprecedented at all.”

While AHF support of condom laws, drug price legislation and housing initiatives may fall squarely under the “voter education” exemption of Federal tax code, the group’s ties to NLC may drag the group into partisan politics.

CREATE A BENCH OF DEMOCRATIC CANDIDATES

According to their website, New Leaders Council (NLC) is “the hub for progressive Millennial thought leadership.” The group claims its training program “equips our leaders with the skills to run for office, manage campaigns, create start-ups and networks of thought leaders. NLC leaders take their activism back into their communities and workplaces to impact progressive change.”

Riddle even admitted the NLC targeted Florida. He wrote:

[S]ince 2011, NLC’s presence in Florida grew from one chapter to seven, and these chapters have trained more than 200 promising leaders. In just three short years, NLC has built a statewide network of trained, capable and engaged political entrepreneurs. These are folks who will become candidates and populate the “bench” at every level in Florida.

Chadwick Maxey was not the only NLC member seeking office in Broward County.

In her recent announcement for Mayor of Coral Springs, Nancy Metayer said her platform would be “inclusive economic growth, public safety, and environmental sustainability.”

In a press release announcing her campaign for Broward County Public Defender Ruby Green said, she is “an active member of New Leaders Council of Broward County.”

Stephanie Rosendorf is not the only NLC member working for the Broward County Commission. Aides to Beam Furr and Dale Holness are NLC members.

Photographs obtained by REDBROWARD show NLC holding numerous meetings at AHF offices since 2017. While the NLC bills itself as a “progressive” group, its ties to the Democratic Party seem undeniable. Many NLC members are leaders in Broward Democratic groups.

Does AHF allow conservative, libertarian or Republican groups to meet at their headquarters?

Is Ebonni Bryant the only AHF taking part in the NLC activities?

Does AHF charge the NLC for use of its facilities?

Did NLC and AHF provide any assistance to Fort Lauderdale officials during the 2018 campaign? 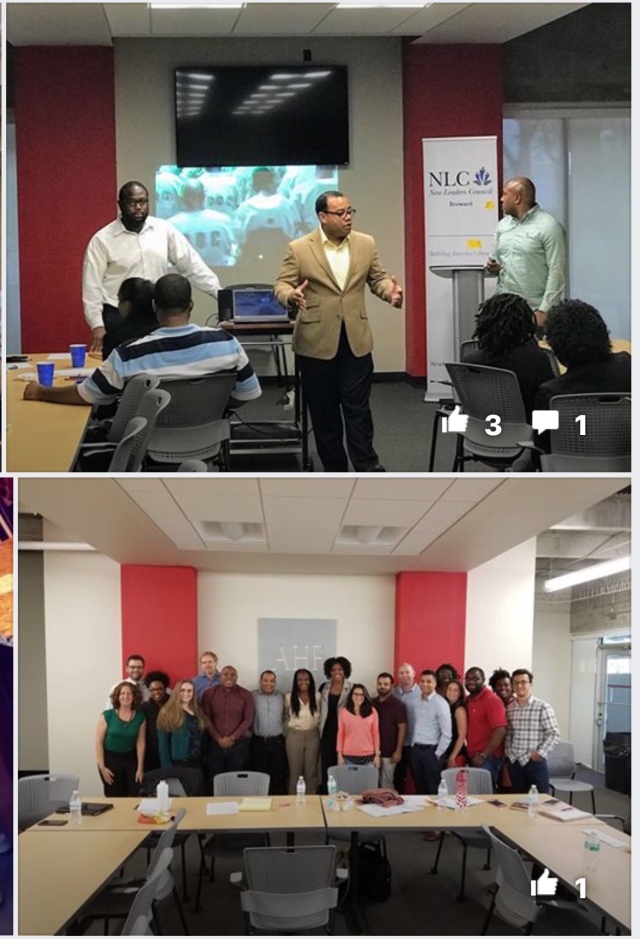 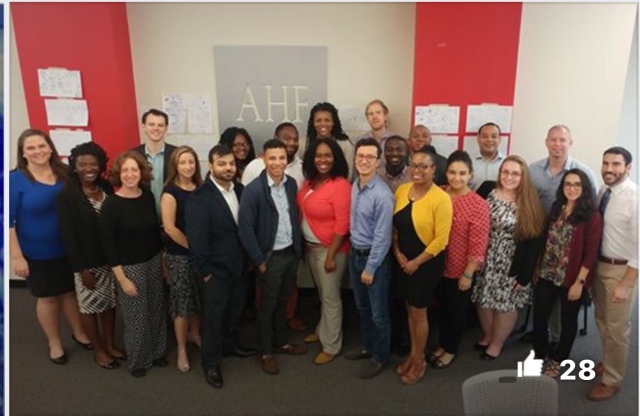 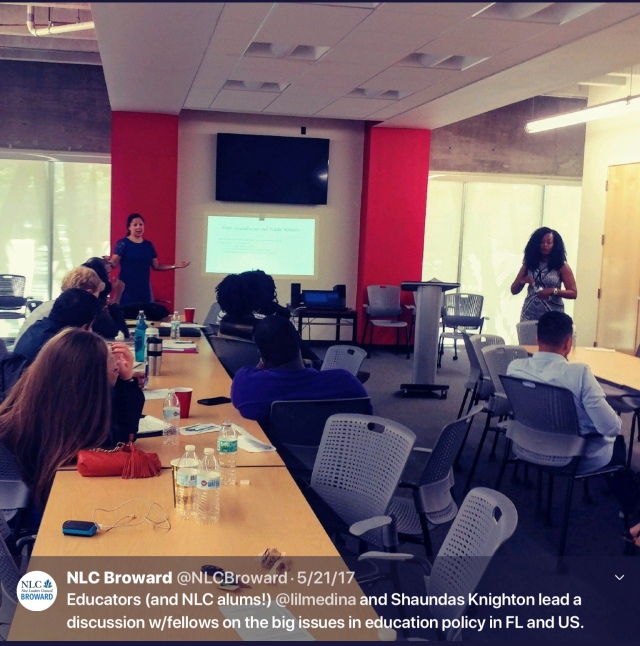 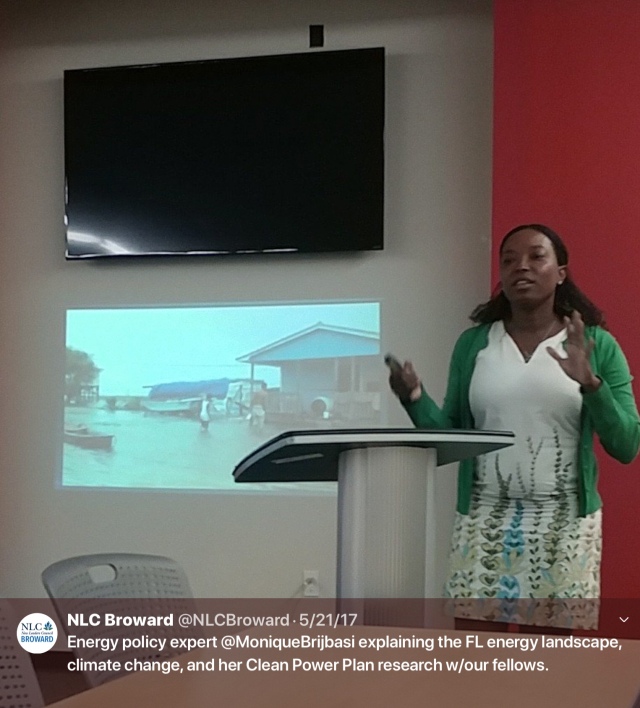 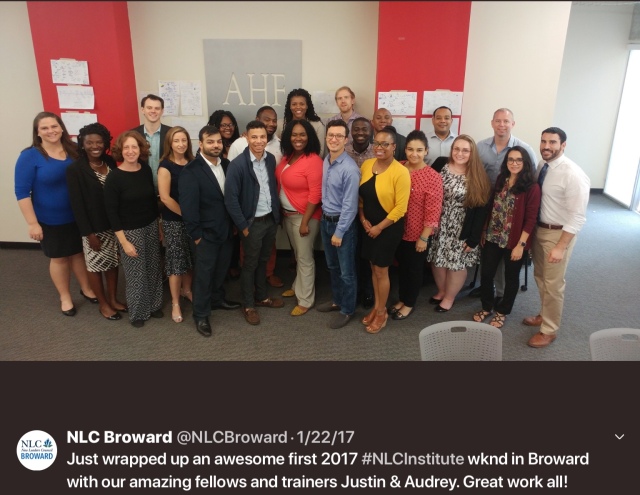 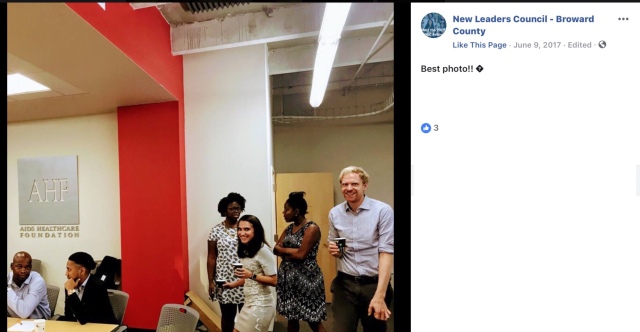