“There is a concept I see at work here of ‘Hey, you’re guilty until you’re proven innocent,’ which is contrary to American jurisprudence.”— Richard DeNapoli on Rupert Tarsey

In his brazen bid to seize control of the Broward Republican Party, Rupert Tarsey and his allies have sought to minimize his brutal attempted murder of Elizabeth Barcay in 2007. Tarsey, then known by his real name—Rupert Ditsworth, savagely beat his female classmate with a claw hammer. Tarsey was charged with attempted first degree murder and aggravated assault with a deadly weapon.

When news of his attack made headlines, Rupert Tarsey played the victim. He said he acted in self-defense. Tarsey said his female victim was bigger than him. His allies mocked the extent of Lizzie Barcay’s injuries by telling BREC members that she attended her prom after the attack. They fail to mention she came in a wheelchair. They desperately try to spin attempted murder as some sort of youthful indiscretion.

REDBROWARD obtained a transcript of Rupert Tarsey’s Felony Plea and Sentence hearing from May 2010. During the hearing, the Judge heard from Lizzie Barcay’s father, Dr. David Barcay, a well-respected ER doctor. Dr. Barcay spoke directly to Tarsey about the attack.

REDBROWARD presents this re-enactment of his statement.

Does this sound like a mutual physical confrontation or a youthful discretion?

Is this the behavior acceptable to Broward Republicans?

Who stands with Rupert Tarsey? 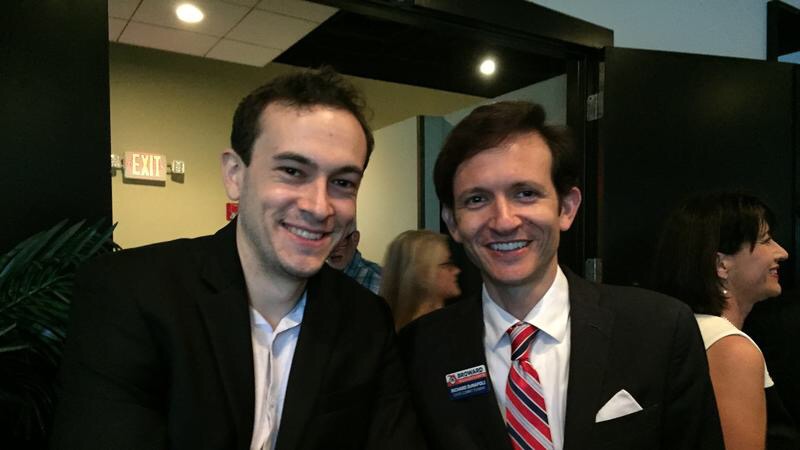