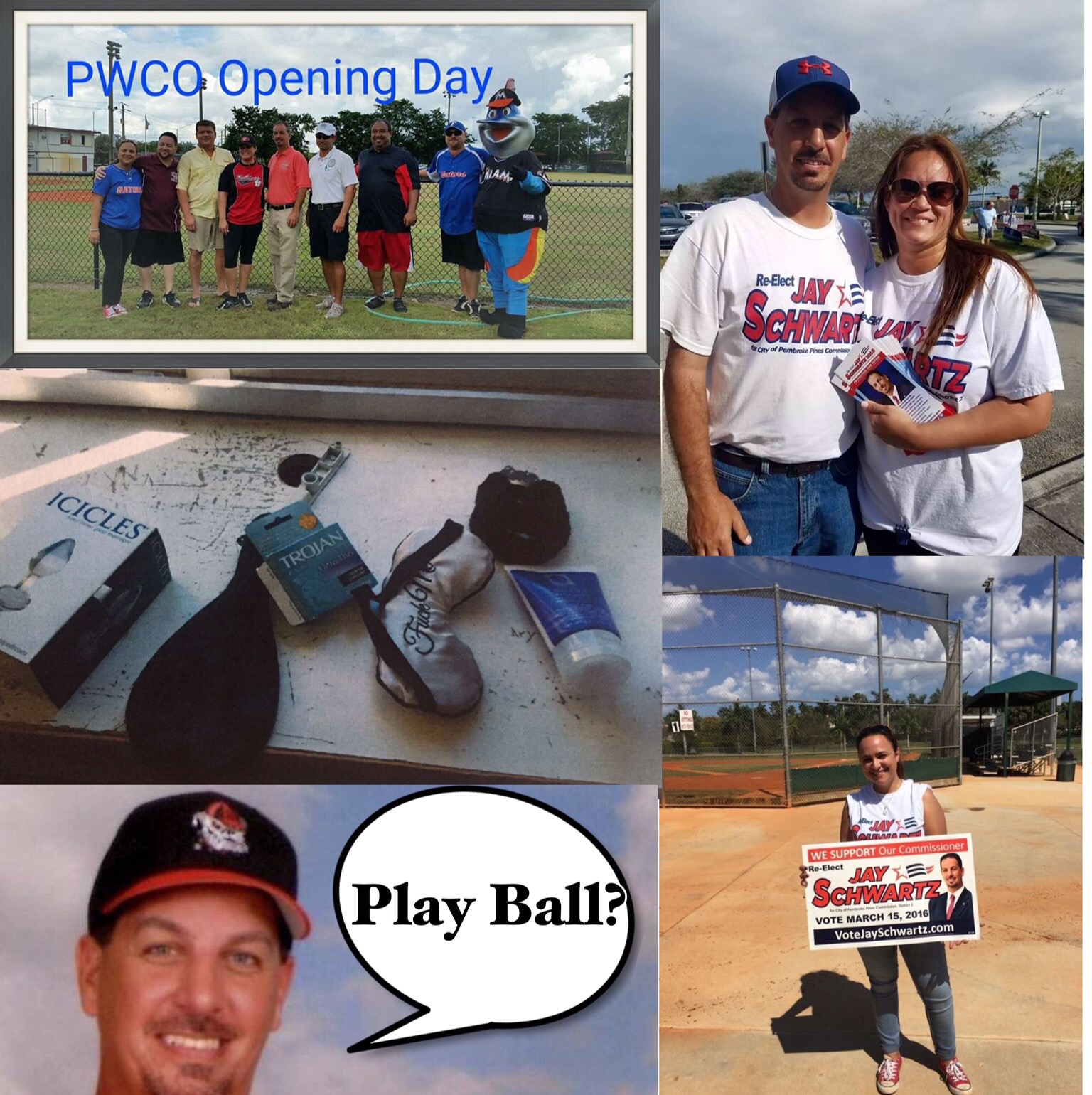 (Editor’s Note: The article below deals with an investigation into the misuse of a City of Pembroke Pines facility used by the Pasadena Lakes Walnut Creek Optimist Club (PWCO). The original headline simply referenced Pembroke Pines optimist leaders. Some readers mistakenly believed this investigation involved a separate optimist group. This was never our intention, To better clarify the focus of the article, the headline has been changed.)

The optimist club leaders with control over baseball fiedls near Pasadena Lakes Elementary School remain silent about a Pembroke Pines Police investigation into a sex room in the pressbox.  In November 2016, Pembroke Pines Police discovered numerous sex toys, an air mattress and bodily fluids in a city athletic field press box. According to the November 22, 2016 report, the tower had been unused since 2014. Police repsonded to a call from Pines Supervisor of Parks Glenn Reid. He told police he last visited the tower in June 2016. Reid said the tower was “undisturbed” at that time.

Police said there were no signs of forced entry. The police officers did not observe any damage or signs of vandalism.

Despite all of the crime scene evidence, the case was closed.

Last week, REDBROWARD reported about Pembroke Pines City Commissioner Jay Schwartz’s interest in the matter. The ball park and the school are located in Schwartz’s district. Even though the case was not officially closed until February 1, 2017, Schwartz appeared to have firsthand knowledge about the investigation.

Schwartz wrote, “Our police department performed a professional evaluation and deliberate review of the incident resulting in a closure of the matter.”

How did Schwartz know the matter was closed when it would not be considered “inactive” for another month?

The City contracted with the Pasadena Lakes Walnut Creek Optimist Club (PWCO) to host events at the park. According to Pembroke Pines Police report, members of city staff and the leaders of the PWCO had keys to the press box. The police report does not include any interviews with leaders of the PWCO.

According to State of Florida records, Sandy Arias is the president of the Pasadena Lakes Walnut Creek Optimist. Her sister Erika Arias was the club treasurer. In March 2015, City Commissioner Jay Schwartz presented Sandy and Erika Arias with a certificate of recognition during a commission meeting. Schwartz told the audience that his family plays baseball in the PWCO league.

Jay Schwartz’s campaign Facebook page has numerous photographs of Sandy and Erika Arias supporting his elections. One picture shows Schwartz and Sandy Arias working the polls during the March 2016 election.

REDBROWARD asked why Erika Arias suddenly left her position with PWCO in January 2017.

REDBROWARD has not received any replies.