Young At Art, the troubled taxpayer-supported children’s museum in Davie, received public dollars from government agencies to hold adult-themed events at hotels on Fort Lauderdale beach. Young At Art (YAA) sought nearly $94,000 for a celebration “of the 50th anniversary of the 1967 Summer of Love, a phenomenon of music and cultural expression.” YAA would celebrate a time known for its mantra of free love and drug use with “several events on Fort Lauderdale Beach from June 8 through September 2, 2017.”

In February, YAA representatives asked the Fort Lauderdale Beach Business Improvement District (BID) for $40,000 for this “Summer of Love” celebration. The BID advisory committee, made up of executives from local hotels, were told the YAA events would include “open air painting, costumes, a giant peace sign and a Facebook photo contest.” Daniella Cabezas of Young At Art claimed the open-air events at hotels would draw 300 per night while bigger events would draw close to 1,000 visitors. What was one of these “bigger events?” Cabezas said the “Summer of Love” drumming circle and a “human peace sign” would be the big draws.

Cabezas claimed new exhibits at YAA were “transportable to the beach” and would draw 45,000 visitors over the summer. The actual Young At Art museum facility in Davie, built with taxpayer dollars, charges admission prices for exhibits. The YAA representatives told the BID committeee that the beach events would be free.

BID Chairman Eduardo Fernandez was not ready to give $40,000 to Young At Art. He asked how YAA would come up with the remainder of the $93,500 they needed for this plan. YAA grants administrator Hillary Winiger said YAA “already received approval for the remainder of the funds from the Broward Cultural Division and Funding For Arts in Broward.” In the power point presentation, YAA claimed they received $10,000 from Funding Arts Broward and $43, 500 from the “Broward Cultural Division/Cultural Tourism Program.”

Winiger stated if the BID failed to give Young At Art the requested $40,000, “They would approach corporations and foundations, and probably be able to get $10,000-$15,000 from these sources.” Daniella Cabezas told the BID that YAA had made deals with hotels. “They have exchanged the cost of food and drink (Happy Hour items) for marketing,” Cabezas said.

Chairman Fernandez stated the focus of the BID was to “highlight the beach as a destination, and they must have a return on their investment.” Fernandez used the recent Wine and Food Festival as an example of an event which brought “huge media attention and exposure of the destination.” Fernandez agreed to give Young At Art just $20,000 for their “Summer of Love” event.

Despite two lawsuits filed against the County by Young At Art and its founder Mindy Shrago, the Broward Cultural Division continues to pour hundreds of thousands of dollars into the museum coffers. According to the County website, the Broward Cultural Council (BCC) was created to be the “central coordinating agency for the arts, serving as a liaison between cultural organizations, government agencies and the private sector.” The 24 member BCC “recommends programs and the distribution of government and private resources for the visual arts, performing arts, literary arts, museums and festivals.”

At the April 2017 meeting of the Broward Cultural Council (BCC), member Amy Ostrau made a motion to approve a $126,800 award to Young At Art for the “Cultural Institution Program” (CINP). Young At Art originally asked for a $310,000 award. The motion was approved.

Amy Ostrau is a former member of the Young At Art Board of Directors. REDBROWARD asked Ms. Ostrau if she revealed this fact to the BCC. We asked if she felt she had a conflict of interest in making the motion. We asked Ostrau if she was aware YAA was suing Broward County.

Amy Ostrau did not respond to our requests for comment.

At the May 2017 meeting of the Broward Cultural Council, the board members approved $40,000 “Cultural Tourism” award for Young At Art. The museum had requested a $65,000 award. By comparsion, the BCC gave the Fort Lauderdale Historical Society just $18,800, the South Florida Symphony Orchestra received only $29,900 while the Stonewall Library and Archives got a measly $16,100 award.

The YAA Cultural Tourism award was unanimously approved by the Broward Cultural Council.

DID BROWARD CULTURAL COUNCIL MEMBER PROFIT FROM TIES TO YOUNG AT ART?

One of the board members who unanimously voted for both Young At Art awards was Diane Weinbrum. According to the Broward County website, Weinbrum is the immediate past chair of the Broward Cultural Council. The website states:

“[Weinbrum] currently has her own firm and works as a public relations and fund raising consultant. She has been working with the Young at Art Museum for more than fifteen years and is proud to be involved with the opening of its new facility on May 4, 2012. Weinbrum implemented the first community-based women’s fundraiser that has raised more than $500,000 over fifteen years for Young at Art.”

Last October, REDBROWARD exposed how Young At Art kept paying large fees to its fundraising consultant despite a drop in contributions and revenue. A review of Federal tax records showed YAA lost nearly $600,000 in total revenue since 2011. These losses and fewer contributions forced YAA CEO Mindy Shrago to seek a new deal with Broward County Commissioners.

In 2013, Shrago came before the County Commission after YAA was unable to pay its $10 million bill. “We have every intention of just being the best partner that we can be to the county and that’s the goal at this point, to just continue to work with them,” said Diane Weinbrum, a public relations and fundraising professional who works as a consultant for the museum. “We have every intention of honoring our financial commitment to Broward County.”

Six months later, Broward County Commissioners gave YAA an extra 29 years to pay its debt. According to the Sun-Sentinel, Young At Art would have until 2051 to pay off the taxpayers. Once again, Diane Weinbrum spoke on behalf of YAA.

“We’ve worked diligently with the county and have been a longtime partner with them,” said Diane Weinbrum, a consultant for the museum. “We will continue to fulfill our mission of providing inspiring, interactive experiences in which art is central to shaping young minds and enriching the lives of children and families in our community.”

Two years later, new YAA board chairman David Di Pietro came before the County Commission looking for a new deal. In October 2016, Di Pietro and YAA filed a lawsuit against Broward County and an independent consultant.

As Diane Weinbrum talked about Young At Art being a “best partner” who would “diligently” pay off its financial commitments, the museum was increasing the fees it paid Weinbrum.

According to Federal IRS forms filed by Young At Art, Bradi, Inc (a company owned by Diane Weinbrum) was paid high fees even as the amount of money raised by Weinbrum dropped. For 2013, Bradi, Inc brought in $155,000 in contributions. Bradi, Inc was paid $32,990, more than 21% of the contributions.

A year later, Weinbrum brought in another $155,000 in contributions. Despite the same amount, Weinbrum’s fees increased; Bradi, Inc was paid $36,500, a 23% commission.

Did Weinbrum reveal these fees to the Broward Cultural Council before voting on the awards? Did anyone bother to ask?

Even though Broward County Commissioner Steve Geller, an attorney, is well-versed in the Young At Art lawsuit against the County, he wants to place a YAA board member on the Broward Cultural Council.

Yesterday, REDBROWARD reported Geller appointed Rebecca Bratter to be his representative on the Council. Bratter, an attorney with Greenspoon Marder, has been a YAA board member since December 2014.

According to one published report, Bratter is a “rising star” in the South Florida legal world. She is the youngest shareholder in Greenspoon Marder history. The Daily Business Review, “[Bratter] became the firm’s litigation manager in 2014, is managing shareholder of the business development group and is a member of the diversity, charitable foundation and executive litigation committees.”

Seems like a no brainer that David Di Pietro and company would ask Bratter for her take on the whole matter, right?

Who is watching out for Broward taxpayers? Young At Art keeps getting public dollars after not paying the County AND filing lawsuits?

Why spend a nickel on a “Summer of Love” event that does do much to repay Broward taxpayers while ringing up huge legal bills? If Young At Art could get $15,000 from corporations, why don’t they use that money to pay back Broward County taxpayers? Why does it cost $94,000 to hold free events on the beach? How many kids and parents attend “happy hour” events at Fort Lauderdale hotels? Does YAA think this “Summer of Love” will boost actual attendance at the museum? Why is a children’s museum celebrating hippies and their fifty-year old counter-culture “phenomenon?”

Does anyone even care about the public? Or is this another case of crony capitalism rum amok in Broward County?

Is there anybody in charge over at the Broward Government Center? 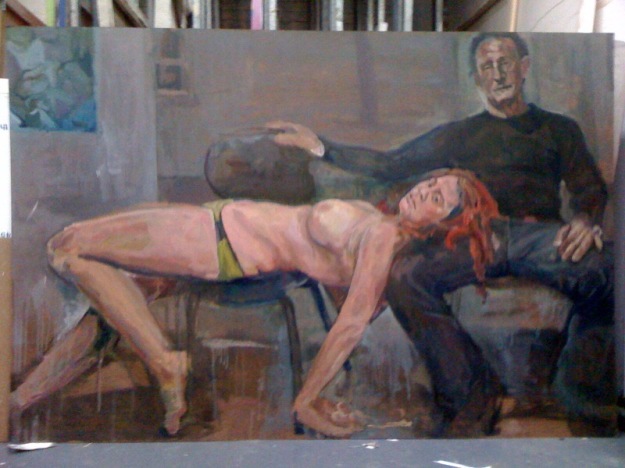