Mayor Joy Cooper seemed surprised by the news when Entin asked if she was aware of the probe. “Not until you mentioned it to me, no,” Cooper said. Commissioner Anthony Sanders, a Cooper ally, said, “I don’t know anything in detail.” But Cooper and Sanders’ opponents on the Hallandale Beach dais seemed better prepared to answer questions about the BSO investigation.

Who are the lawyers for Lazarow, Taub and Vice Mayor Keith London?

Ross announced documents and video evidence would be provided at the press conference. At no time did Evan Ross mention he operated political committees funded by Gulfstream Park Racetrack and Casino, a inter-city rival of The Diplomat Golf and Tennis Club.

As REDBROWARD previously reported, Michele Lazarow’s attorney Brian Silber did not mince words. “I don’t believe in coincidences,” said attorney Brian Sibler. “To tell me it isn’t the political opponent of these people, you’re going to have to tell me that it’s a coincidence that Commissioner Lazarow, Commissioner London, and Anabelle Taub all got GPS trackers on their cars ‘by accident.’ What a coincidence that is.”

Brian Silber and Jay Spechler were members of David Di Pietro’s “legal dream team” when he sued Florida Governor Rick Scott. The Governor removed Di Pietro as the chairman of Broward Health for interfering with a State investigation into corruption at the North Broward Hospital District.

Last year, David Di Pietro was made chairman of the Young At Art (YAA) Children’s Museum in Davie. The controversial museum was founded by CEO Mindy Shrago, the wife of Jay Spechler. Brian Silber appears to have been a YAA board member as well. His name was removed from the museum website after REDBROWARD starting asking questions about Silber’s views on a child sexual abuse case.

Now, Jay Spechler is a partner with David Di Pietro and Associates.

Why is David Di Pietro mentioned in so many controversial matters?

Luckily, it appears the right people are seeking answers. 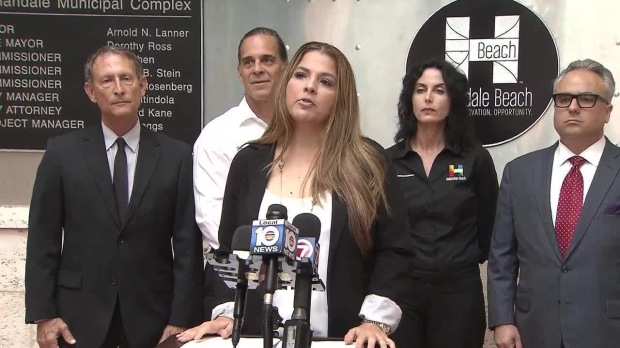