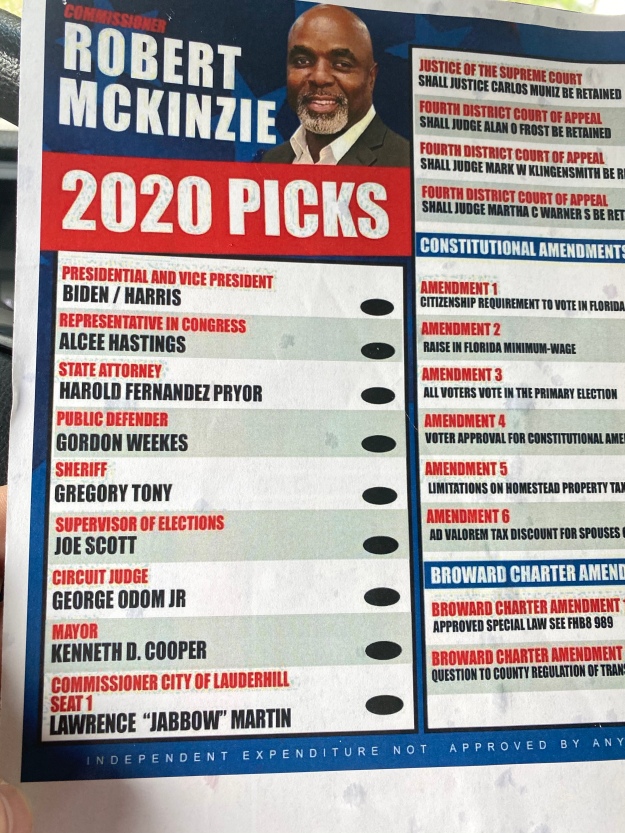 As early voting began this week, Fort Lauderdale mayoral candidate picked up a big endorsement of his campaign to unseat Mayor Dean Trantalis. Just one problem. Despite numerous opportunities, Cooper never mentioned that he picked up the support of fellow Democrat Robert McKinzie, a Fort Lauderdale Commissioner.

On Monday morning, REDBROWARD received a “Robert McKinzie Picks” flyer at the African American Research Library in Fort Lauderdale. McKinzie tells his supporters to pick Kenneth D. Cooper for Mayor. After confirming the flyer was legitimate, we checked Ken Cooper’s social media and website for news of the endorsement.

Normally, a campaign will eagerly post endorsements, especially from an elected official. Not Ken Cooper.

On Monday afternoon, REDBROWARD reached out to members of the Cooper campaign to ask about the endorsement. A Cooper campaign official scoffed when asked if the campaign would issue a press release in the age of “social media.”

In a post on the Save Fort Lauderdale Facebook page, Cooper told REDBROWARD he spent Monday morning at the African American Research Library. He included a picture of himself on location. But still no mention of the McKinzie endorsement.

Nothing on Tuesday. No mention Wednesday during a Cooper townhall. Not a peep Thursday or Friday. Nothing this weekend.

Why is Robert McKinzie’s support such a secret? What is Ken Cooper waiting for? Does Ken Cooper even know he was endorsed by McKinzie? 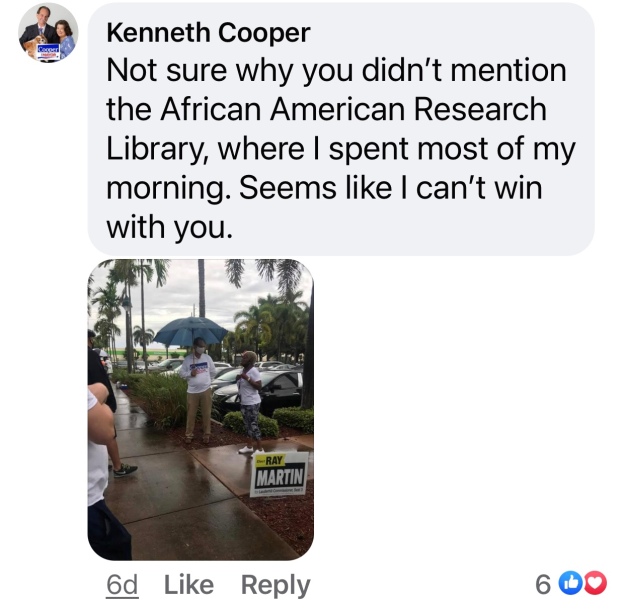 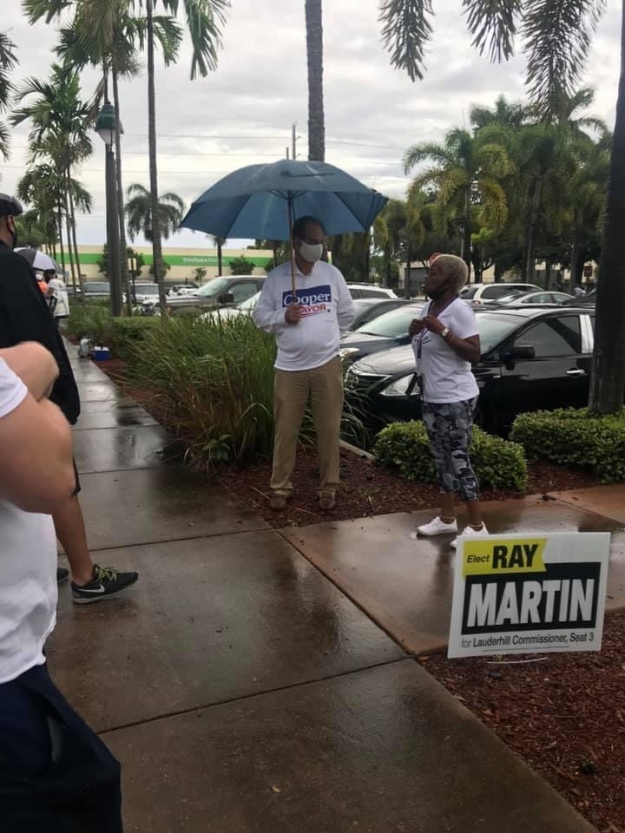