According to social media posts, things may get really wild at the already controversial Young At Art Children’s Museum (YAA) in Davie, Florida. As REDBROWARD exposed last year, under the guidance of YAA co-founder Mindy Shrago and her children, the children’s museum has morphed into a western Broward outpost of hypersexualized art and nudity. According to numerous published reports, the Young At Art (YAA) Children’s Museum has catered to more adult tastes since its new taxpayer-funded building opened in Davie. On multiple occasions, Young At Art curator Zack Spechler has boasted of the museum’s focus on more adult art. An April 2013 New Times article declared,” Bedlam Lorenz Assembly Upgrades Young At Art.”  The New Times story documented how YAA changed from, “a children’s museum cast away on the outskirts of suburbia” under the direction of Zack Spechler. “And now, with the involvement of young professionals, this formerly dinky kids’ museum is turning into Broward’s most exciting new focal point for arts and culture,” the New Times reported.

Even though Young At Art is seeking to make a new financial deal with Broward County, it appears Zack Spechler is not shying away from controversial exhibits. Two weeks ago, Spechler mentioned an upcoming YAA show on Instagram. Spechler wrote, “In Boston, but can’t get @sleeperspeaks off my mind! May 20th performance at @youngatartmuseum is coming soon!” Mindy Shrago was one of the fifteen people who “liked” Spechler’s post.

According to the museum’s website, YAA will be closed on that Saturday to accomodate two events. One is party celebrating Gerry Greenspoon, a local attorney. The other event is a Hi-Tech/Lo-Tech exhibit, “Created by Young At Art Museum, this exhibition explores how technology and art intertwine and will feature an array of technological artwork produced by contemporary South Florida artists.”

A review of “@sleeperspeaks” social media accounts shows the use of LED lighting in avant garde costumes, but it appears most of the costumes are featured in highly adult performances. @Sleeperspeaks hosts regular “gender bending” fetish shows at Miami nighclubs. Videos posted by @sleeperspeaks show acts not usually featured at children’s art museums. Videos included a woman dragging a masked man around the stage with a rope attached to his penis. Another posted video shows a woman preparing peanut butter sandwiches on her gentials.

No wonder Zack Spechler cannot get @sleeperspeaks off his mind!

WHY ARE BROWARD TAXPAYERS FOOTING THE BILL?

Last year, REDBROWARD revealed an independent consultant detailed issues surrounding the Bedlam Lorenz Assembly (BLA) program operated under the guidance of Zack Spechler. Louise Stevens of ArtsMarket found Young At Art had, “not properly disclosed relationship” with the Bedlam Lorenz Assembly. She wrote the YAABLA relationship had been, “extensively publicized…, but not disclosed in County agreements nor IRS form 990s.” Stevens believed the YAABLA relationship constituted a breach of the museum’s deal with the County.

Stevens found other problems with the YAABLA relationship. She believed BLA commissioned exhibits and held classes at Young At Art without any formal relationship. Stevens believed BLA had been given curatorial authority over YAA. Stevens noted that Mindy Shrago was listed as a member of the BLA and its “key members” included her children Zack Spechler and Ali Shrago Spechler.

Young At Art is suing Broward County and Louise Stevens.

These fetish extravaganzas are fine for Wynwood or FAT Village, but should Broward taxpayers pay these artists to perform at a County-owned museum/library complex? 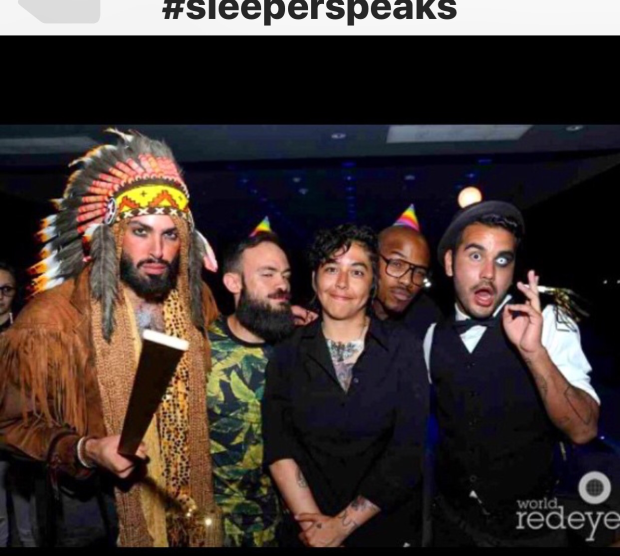