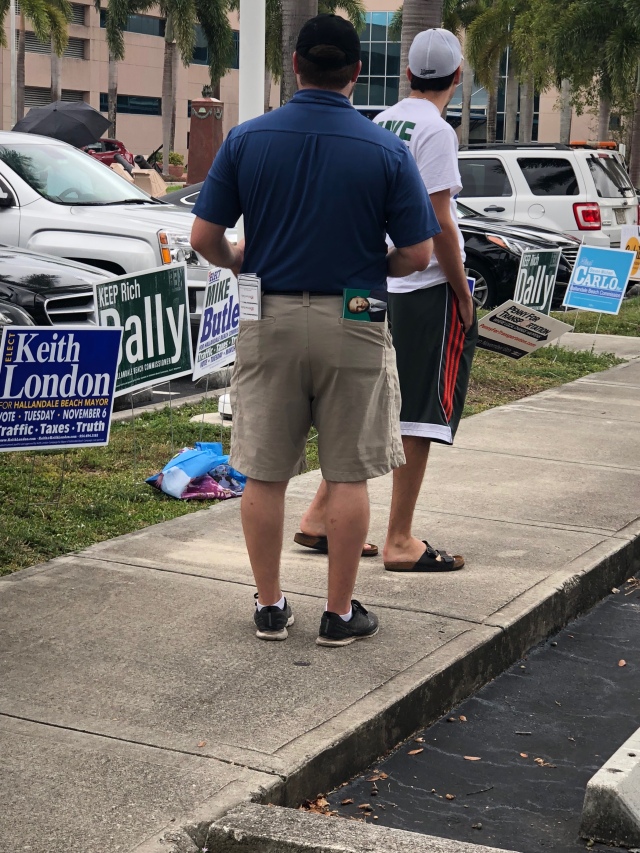 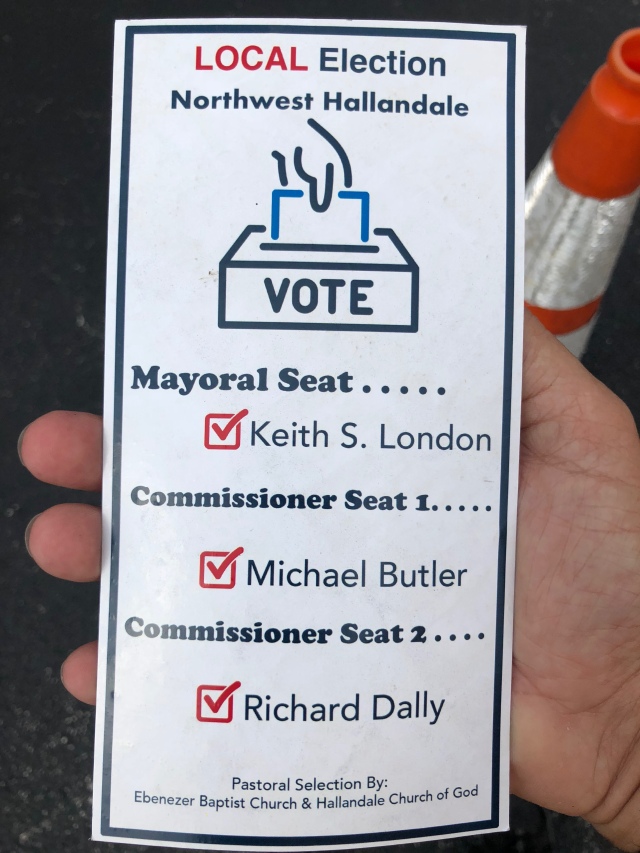 ***UPDATE: After our story was posted, REDBROWARD received pics of Mayor Keith London with a pocket full of fake cards.***

Hallandale Beach City Commissioner Rich Dally was photographed with a pocketful of fake endorsement cards allegedly produced by local African-American churches. A REDBROWARD reader snapped a picture of Commissioner Dally and lobbyist Evan Ross working the polls on the first day of early voting in Hallandale Beach. In the photograph, Dally’s back pocket is full of palm cards endorsing Dally and his allies, Mayor Keith London and Commissioner Michael Butler.

The bottom of the card reads, “Pastoral Selection By: Ebenezer Baptist Church and Hallandale Church Of God.” Just one problem, the pastors of these Hallandale Beach churches never endorsed Dally, Butler or London. In fact, churches are prohibited by law from endorsing political candidates.

Local church leaders immediately warned voters to ignore the card. In a Facebook video, local leader Jeffrey Brown called the card “tricks” and “games” by Keith London and his allies. Brown said, “pass it on because Keith London cares nothing about the northwest section (of Hallandale Beach) at all.”

On Monday, SL Cooper of the Ebenzer Baptist Church sent a letter to Keith London, Michael Butler and Rich Dally denouncing the “false endorsement material.” Cooper said the card was completely false. Noting that any endorsement would violate IRS regulations of 501(c)(3) corporations, Cooper demanded London and his allies “cease and desist all distribution of these false endorsement materials and remove all reference to our church from your campaign literature immediately.”

Cooper wrote, “We are notifying the proper authorities of this false endorsement at this writing.” 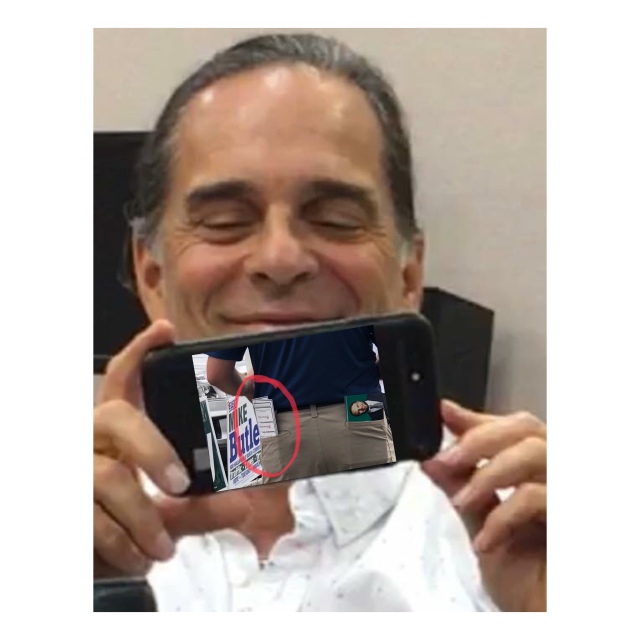