In August, the Broward Teachers Union (BTU) pushed hard for an increase in Broward property taxes. The dysfunctional Broward School Board promised voters the property tax increase would be spent on salaries for teacher and security personnel. According to published reports, the measure would raise $93 million a year from higher property tax rates. 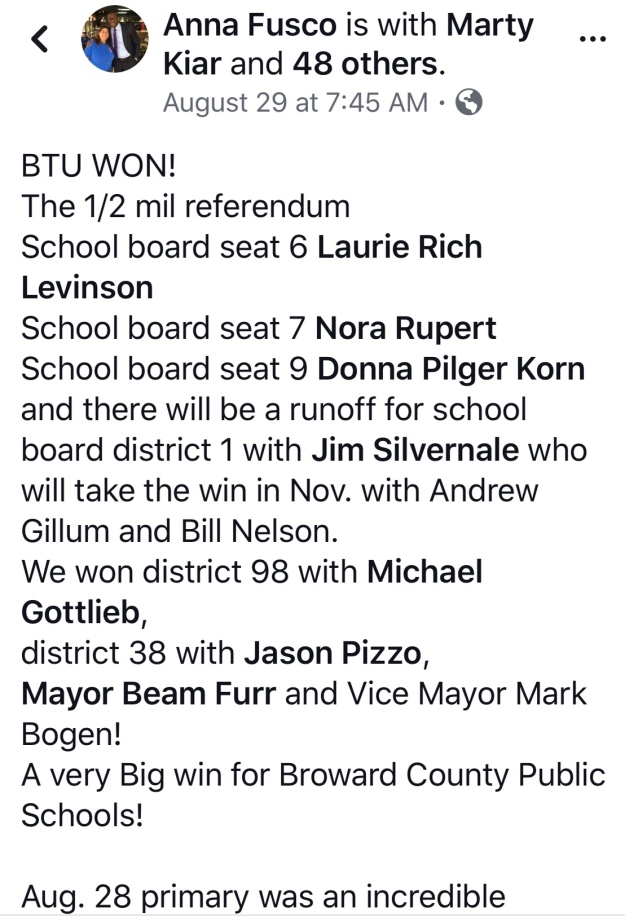 Broward voters passed the increase on themselves by a large margin. According to the Sun-Sentinel, “The tax adds 50 cents for every $1,000 in assessed property value. For a homeowner with a $225,000 property and a homestead exemption, the total increase will be about $100 a year and will start with next year’s tax bills.”

One property owner who doesn’t have to worry about the tax increase is the Broward Teachers Union.

BTU President Anna Fusco wants Broward homeowners to sacrifice their hard-earned money to pay teachers, but what sacrifice is the BTU willing to make? 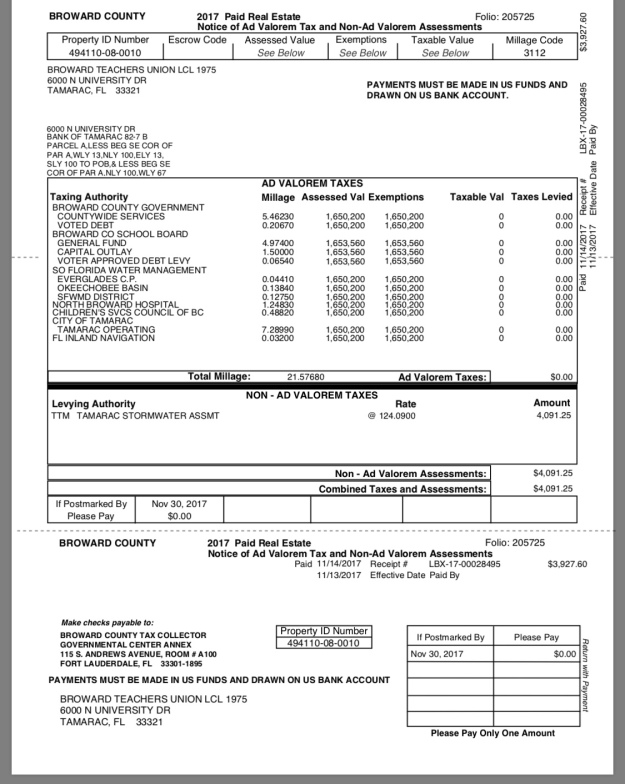 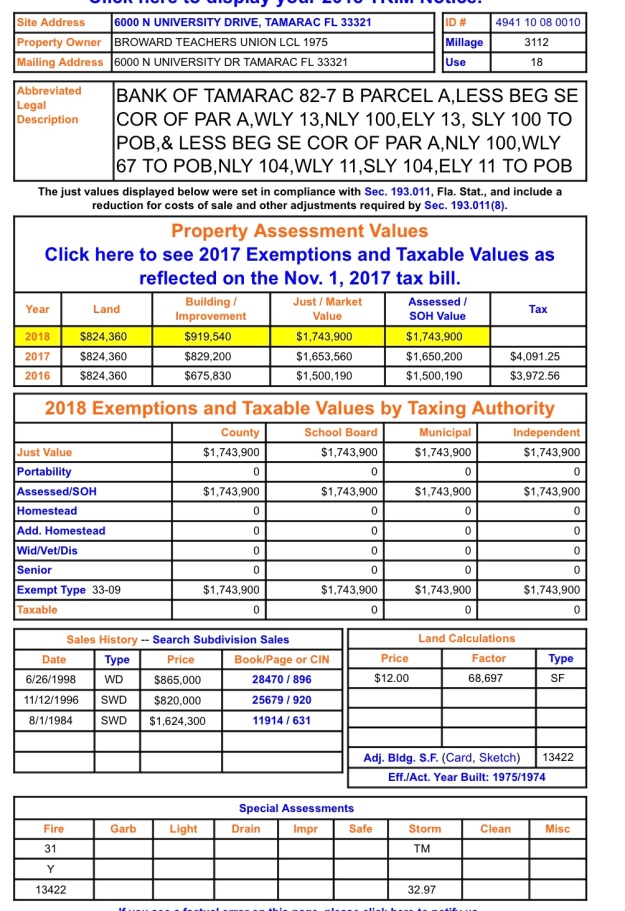