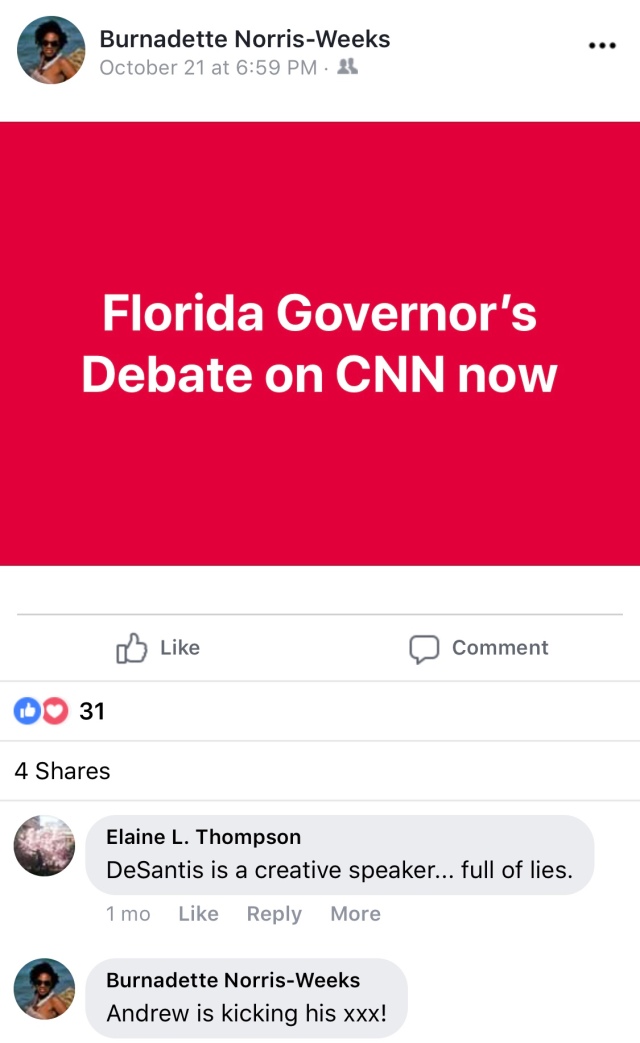 On Election Day 2018, Brenda Snipes’ lawyer told her Facebook followers that “Humanity is on the ballot!!!” As REDBROWARD reported last week, Snipes’ attorney Burnadette Norris Weeks has been invisible during the post-election recount mess. While Norris Weeks works behind the scenes and gives comment to print media, Eugene Pettis has been the public face of Snipes’ office.

Plenty of political insiders wondered why Norris Weeks was out of sight during while Snipes’ election office is under siege. Perhaps Norris Weeks’ blatant support of Democrat gubernatorial candidate plays a role?

Norris Weeks posted a picture of her and Andrew Gillum with the caption “praying for change.”

In October, Norris Weeks posted a picture from a 2012 “Souls To The Polls” event she co-hosted with Congressman Alcee Hastings(D-Impeached).

Over the last five years, REDBROWARD has documented the close ties between Dale Holness, Alcee Hastings and Burnadette Norris Weeks.

In other posts Norris Weeks said President Donald Trump was a pathological liar.

During debates, Norris Weeks said there was a “clear choice” between The gubernatorial candidates.” She wrote “Andrew is kicking his axx!”

Despite all the claims that Brenda Snipes’ office is “non-partisan” and ” not political” it’s clear her longtime attorney has a favorite in the race to be Florida’s next Governor.

Should a lawyer who is “praying” for the election of particular candidate be allowed near the recount? Especially when she stated “Humanity” depended on a certain outcome?

Can Snipes be trusted to be fair and impartial? 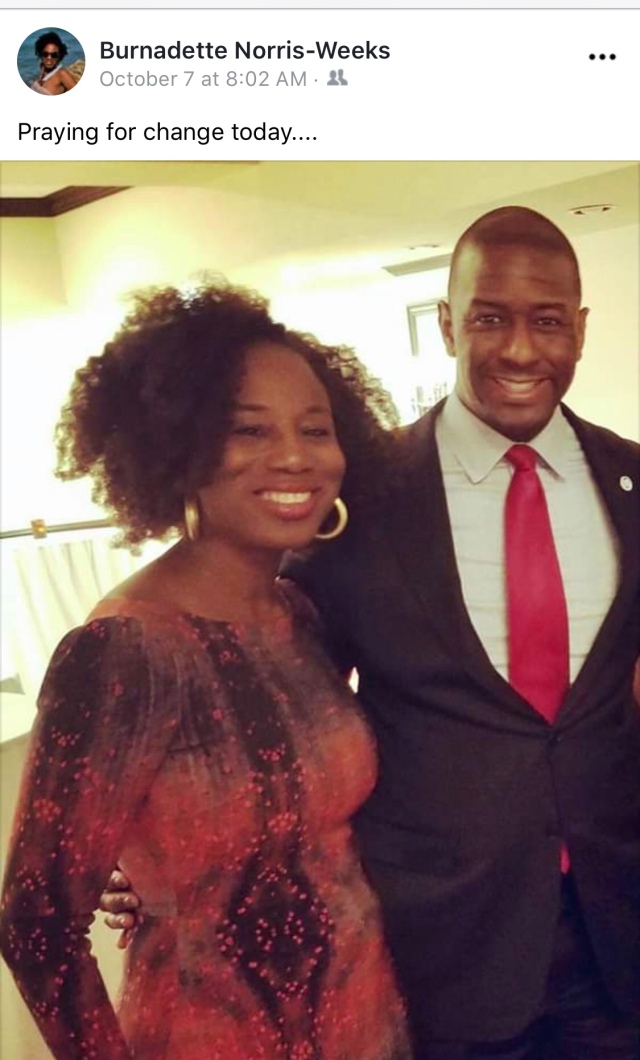