A sign waving event for the Richard Mendelson For Broward School Board District 6 campaign drew a huge crowd in his opponent’s backyard. Mendelson is running against School Board Member Laurie Rich Levinson of Weston. The rush hour event in Weston drew more than 100 people including students from Marjorie Stoneman Douglas. Mendelson is backed by Andrew Pollack who lost his daughter Meadow six months ago. 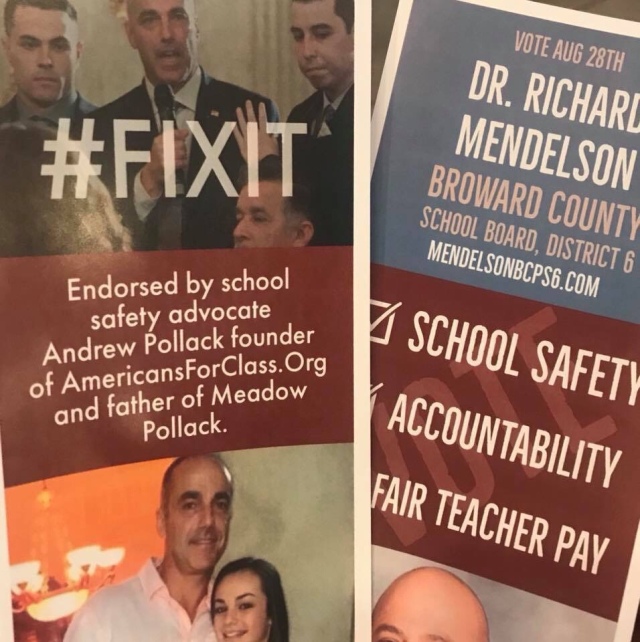