A Broward County Commissioner’s Facebook post about the Fort Lauderdale/Hollywood International Airport terror attack has fueled bogus conspiracy theories all over the Internet. A little more than hour after Esteban Santiago killled five travelers in the baggage claim area of terminal two, Commissioner Chip LaMarca posted information his Facebook page. While some of the information was correct, LaMarca’s claim that Santiago flew into Fort Lauderdale on Air Canada was not true.

Later that day, Air Canada issued a statement that Santiago was never a passenger on their airline. Investigators would later verify Santiago flew into Fort Lauderdale on a Delta flight.

But the damage was done.

Conspiracy theorists love a good discrepancy. In this YouTube clip from InfoWars, the reporter relies upon a local CBS story which mentions LaMarca. The reporter opines that the information from “law enforcement officials” has been contradicted by Air Canada.

Chip LaMarca is not a law enforcement official.

Yet his bogus information set in motion theories that the attack was a “false flag” operation—a covert operation conduct by the US Government?!?

Of course, LaMarca cannot simply apologize for his screw up. In subsequent social media posts, LaMarca has blamed the bogus information on Broward County officials, the Broward Sheriff’s Office and even the Lt. Governor of Florida. 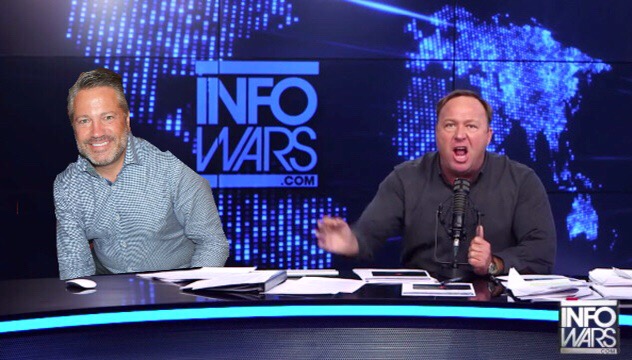